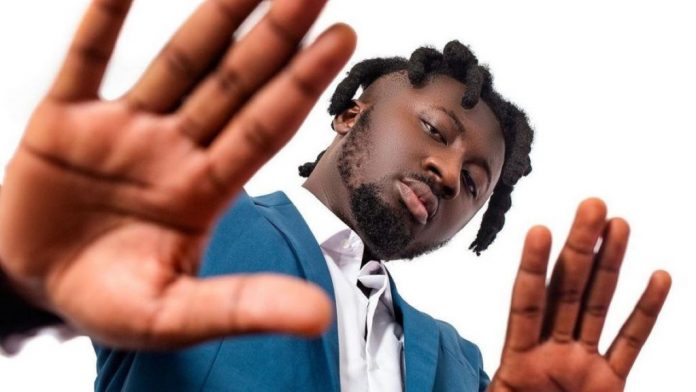 The 3Music Awards winning rapper announced on Friday (August 12) that his highly anticipated first full-length will be “coming soon” with a over 120 seconds-long movie trailer. The clip features footages depicting his birth, how he emerged from the music underworld, to how he has transitioned into a household phenom. Snippets from his yet to be released single “Grace,” featuring Lasmid was also previewed in the announcement trailer.

“The only peaceful rest is to Rest In Peace (RIP),” Amerado Burner said in a statement. “So far as we live, we will work with our gifts to entertain in many forms; Love, “vawulence”, collaboration and competition. Welcome to #GINA. Thank you, Ghana.”

The full length record follows 2021’s mini-album “Patience”, which spawned smash hit “Abotre” featuring Black Sherif. It featured Benerl, Fameye, Shatta Wale, Kweku Flick, Ypee, and winners of his Selflessness challenge Kojo Luda, 4tune, Nbee, and Adomakye. With over 50 million streams across all platforms, the EP peaked at No. 1 on music streaming platforms Apple Music, Audiomack, Boomplay and YouTube and was subsequently adjudged the BEST EP at the 2022 3Music Awards.

Amerado Burner is famed for Yeete Nsem, Ghana’s first news casting rap series. Amerado raps and sings mostly in the Twi dialect of the Akan language of Ghana, but he sometimes uses English as well. In August 2021, he had a freestyle and interview session with Tim Westwood on Capital Xtra in London. GRM Daily reported his freestyle session as one of the best on the show.