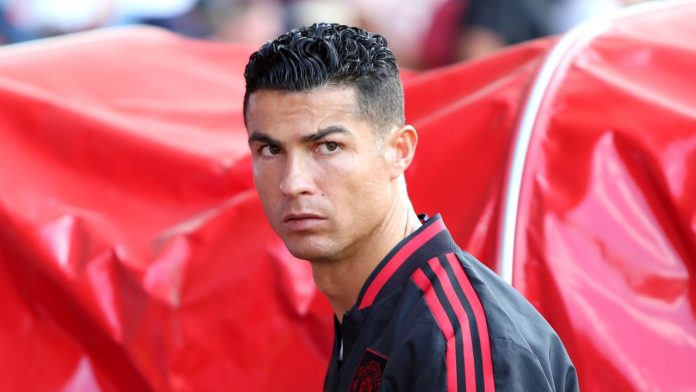 Erik ten Hag says Cristiano Ronaldo would not remain at Manchester United until at least January if he did not want to.

With Thursday’s transfer deadline looming, Ronaldo’s efforts to leave United in search of Champions League football are nearing a fruitless end, and he faces another five months in Manchester before the re-opening of the window may present an opportunity to move.

Questioned if he had spoken to Ronaldo, United boss Ten Hag said: “Several times, yes. We are on the same page. [He is happy to stay] otherwise he wouldn’t be here.”

further limit the amount of game time available to Ronaldo, who has started just one Premier League game this season, but for Ten Hag, the summer spending is a clear signal to him of the club’s ambitions.

“It’s a signal, yes, but all the big clubs in the Premier League have spent a lot, so it’s the market,” he added. “From the start we said we planned with him [Ronaldo], we are happy with him, he’s happy to be here, and we want to make the season a success together.

“It’s clear we have strengthened the squad. As a manager you always want more, and what I demand from my players I have to show as well. I always want to maximise, but at a certain point you have to be satisfied with what is there.

“Then it is also about development of the team, of the individuals, to get the team stronger and more consistent, to bring more quality. That is what we have to work for now, me together with my coaches and the togetherness with the team.”

As for where Ronaldo fits into Ten Hag’s footballing philosophy, the Dutchman has been left confident from the forward’s performances in training that has a role to play in whichever system is adopted this season.

“The way of playing, the set of demands, you can see in training Ronaldo has the ability,” Ten Hag said.

“He will fit in because… I don’t have to explain, he is a great player with great capabilities. He will fit in every system and every style. We are on one page, and he knows what the demands are.”

Once complete, United’s capture of Antony will take the club’s summer spending to over £225m following the arrivals of Casemiro, Lisandro Martinez, Tyrell Malacia and Christian Eriksen to Old Trafford.

Ten Hag insists there is no added pressure on his position after receiving backing in the transfer market from United and has stressed such spending is essential to achieve the club’s objectives.

“All the top clubs in the Premier League spent a lot of money this summer, that is how the market developed,” he said. “I can do nothing about it, no one can, it’s just the market. We have to accept how it went.

“If you want to compete at the top, you don’t have a choice. All the Premier League clubs spent this kind of money. If you want to fight for the top four positions you have to do it, and we have the ambition, especially over the long term, to play for trophies, so I think we had to do it.”

On the additional pressure brought by the signings, he added: “No, we were on one page from the first talks I had with the club, they also saw the same positions which we definitely had to strengthen.

“There are more options in several positions. We are really happy with the players we brought in. That gives a good feeling, they have quality football-wise but also as people, they suit Manchester United.”