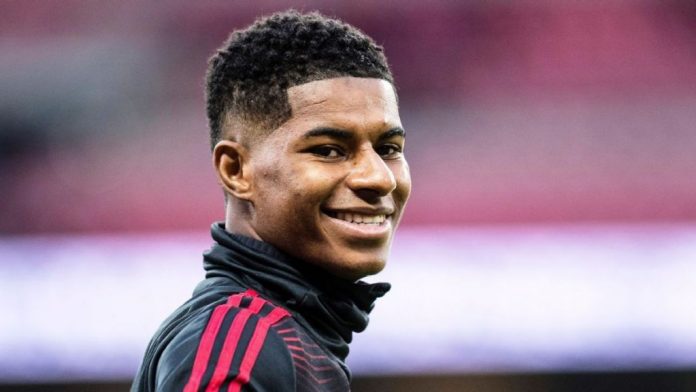 Brixton native speaks on the theme of “greatness,” likening it to a “painting” that the twenty-four-year-old player has spent a lifetime creating but has yet to finish. Touching on setbacks, comebacks, and the future, Rashford uses music to stay resilient to the pressures of the modern game, while Dave sends a defiant message of support to his friend, declaring greatness is in you.

Marcus is laser-focused on success for both the club and his fans after a year of ups and downs in which he has had to withstand a torrent of online hate, stating: “The thing I love about football is that it gives you the opportunity to rewrite chapters every season.” You cannot be defined by a single chapter. This rallying cry from Dave, a good friend of mine, perfectly captures the situation. We get back up and keep going. Together. United.”

He concludes: “Dave has a way with words that can articulate feeling like no one else. He understands that football mirrors life, you’re always going to face obstacles but it’s how you react and recover that defines us.”

Share
Facebook
Twitter
Pinterest
WhatsApp
Telegram
Previous articleGinius Is Set To Usher In A New Chapter, Redefining The New Mainstream Afro-Fusion Sound With Her Self- Produced 8-Track Sophomore EP
Next articleFantana Returns With A Streetbeatz-Produced Single “Touch Me” | LISTEN