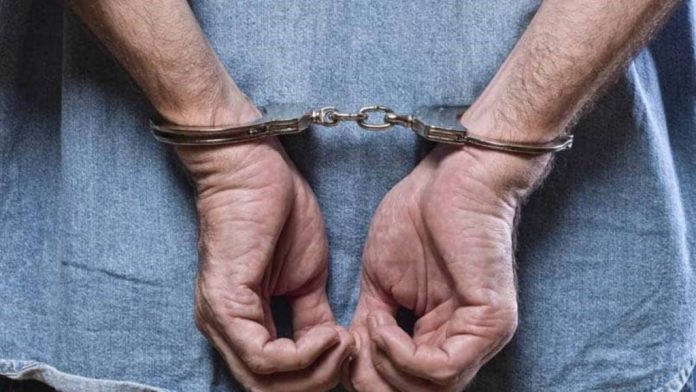 A man in Connecticut was arrested over the weekend after he allegedly pulled out a gun and pointed it at two women because he held the door open for them and they never expressed their gratitude for the gesture, the New Haven Register reports.

Hamden police said officers responded to a call Saturday afternoon following an incident at a Family Dollar where a witness claims Joshua Murray, 25, pointed a gun at two female customers in front of the store because they “did not say ‘thank you’ to him for holding a door open for them.” Murray was eventually found on a nearby street with a gun in his possession.

Murray has been charged with carrying a pistol without a permit, as well as two counts of second-degree breach of peace. He was also charged with interfering with an officer, which allegedly occurred while he was being taken into custody. Murray is being held on a $25,000 bond and will appear in court on Aug. 2.

The incident comes in light of a WTNH report showing a substantial uptick in gun permits in the state. Over 28,000 permits were issued for men and more than 18,000 were given to women just last year. There have already been 11,000 gun permits issued in 2022, with several months remaining.

James Whitner Reveals Unreleased A Ma Maniere Air Jordans | The Complex Sneaker Podcast
Connecticut-based gun shop Delta Arsenal believes the increased interest in acquiring a permit could have something to do with people being concerned about their personal safety as the news of mass shootings continuously surface throughout the country.