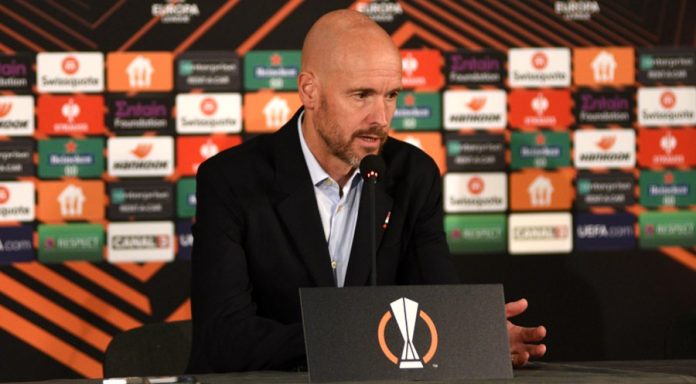 Cristiano Ronaldo remains “totally committed” to the Manchester United project, manager Erik ten Hag said after the veteran forward scored a penalty in a 2-0 win at Sheriff Tiraspol in the Europa League on Thursday.

The 37-year-old Ronaldo, in his second spell at Old Trafford, had begun to look surplus to requirements and a move away in the transfer window looked likely at some stage.

But the Portuguese, handed a starting spot in Moldova after being restricted to the bench in the Premier League, struck a first-half spot kick to register his 699th club goal.

Ronaldo’s first goal of the season sealed a Group E win that was essential after United had lost their opening game at home to Spaniards Real Sociedad.

United’s win, their third consecutive away from home in all competitions, lifted them to three points in Group E, second behind Real Sociedad who have six.