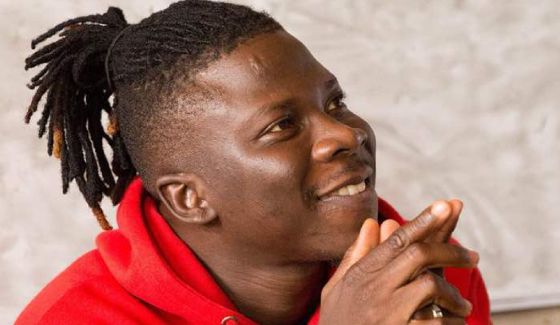 Top African artistes Stonebwoy, Tems, Gyakie, and Sarkodie have been announced as performers to play this year’s edition of Global Citizen Festival.

As always, the Global Citizen Festival will aim to encourage global leaders and corporations to commit billions to issues such as the climate crisis, food shortages, and ensuring a better future for women and girls.

The New York City show will be headlined by Metallica, who haven’t played the city since 2017. Along with the Jonas Brothers, other artists taking the stage include Rosalía, Mariah Carey, Mickey Guyton, and Måneskin. Meanwhile, the show in Ghana will boast not only Tems, Gyakie, Sarkodie, and Stonebwoy, but Usher, Stormzy and SZA, H.E.R.

Tickets to both events are free and can be obtained on the Global Citizen website or app.

On top of all the performances, Global Citizen CEO Hugh Evans says “there’s gonna be some big surprises” to mark the festival’s 10th anniversary at the New York City show. He’s also excited about taking the festival to West Africa for the first time, especially considering 2022 marks the 65th anniversary of Ghanaian independence, and the 20th anniversary of the founding of the African Union.

“Ghana is honoured to host this year’s edition of the Global Citizens Festival. I look forward to welcoming each and everyone of you to Accra, capital of the country at the centre of the world,” Ghana’s president, H.E. Nana Akufo-Addo, says. “Together, let us join hands and help accelerate progress towards the realization of the [sustainable development goals]. We owe to the next generation to live in a world free from poverty, disease and the degradation of the environment. The time to help make a change is now. We must align forces to make an impact in Africa, and help end extreme poverty. I have called colleague African leaders to join me in September, and help break these systemic barriers that have been affecting our people. Let us build a strong foundation for future generations.”

“Doing it live between the two cities on the same night, throwing literally from Black Star Square — which is the site that commemorates Ghanaian independence, as well as that that power of Pan Africanism — [to New York City] is really powerful,” he says. “It shows the symbolism of that journey of the transatlantic slave trade, and what New York City stands for with the Statue of Liberty, freedom, and independence.”