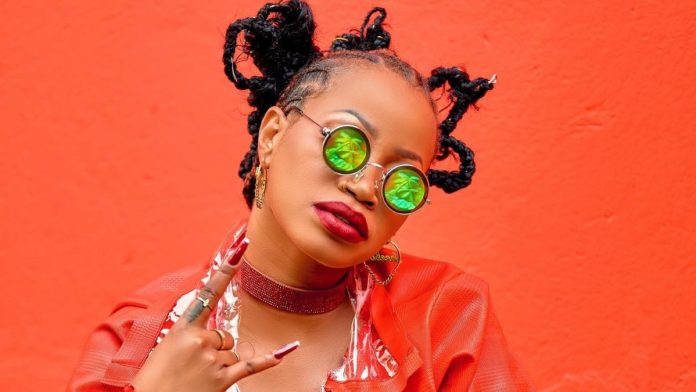 Uganda’s Ministry of Education and Sports has temporarily banned artists from performing at primary and secondary schools in an effort to “curb the spread of indecent behaviour among students”.

Popular Kenyan Singer, Sheebah Karungi
The ministry says the ban will remain in place until a set of guidelines governing school performances are put in place.

The directive has been issued in reaction to a video of students reportedly engaged in a salacious dance inside a school bus on 11 June that went viral and attracted public outcry.

This drove Tororo Woman MP Sarah Achieng Opendi to say in Parliament that Uganda’s secular musicians are spreading indecency among students, and called for artists to be banned from performing at schools.

This has ignited a national debate, with musicians and members of the public weighing in on the matter. In a letter dated 1 August addressed to headteachers and principals, education officials appear to agree with Opendi, implying that the students dancing in the video were influenced by musicians’ stage routines.

“Headteachers and principals both of primary and secondary schools are cautioned not to hire or allow any of these artists to perform in schools. Failure to comply will lead to school managers being personally held responsible and disciplinary measures brought against them.”

On 21 July, singer Sheebah Karungi, who has featured prominently in the debate, responded to the MP’s allegations, saying musicians are not involved in the promotion of immorality among young people. “I am telling parents, I am not going to raise your children, they are your responsibility, so stop blaming me for their immorality,” Karungi said.