Prempeh: Chief Justice’s conduct against Ayine is odd and ill-advised. 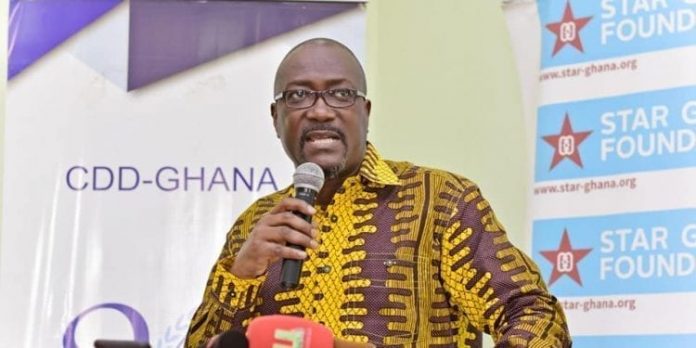 Executive Director of the Center for Democratic Development (CDD-Ghana) Professor H Kwesi Prempeh has depicted the activity taken by the Chief Justice Anin-Yeboah against Member of Parliament for Bolgatanga East, Dr. Dominic Ayine as unusual, and stupid.

Mr Anin-Yeboah has alluded to the General Legal Council for examination remarks made by the previous agent Attorney General.

Dr. Ayine purportedly scrutinized the freedom of Ghana’s legal executive in a CDD-Ghana Roundtable Discussion on ‘Official Election Petitions and their Impact on Africa’s Democracy’. His declaration, he clarified was educated by the way where the 2020 Presidential Election Petition case was dealt with by the Supreme Court.

During the conversation Dr. Ayine in addition to other things said that the Supreme Court in the arbitration of the political race request neglected to apply the principles of technique and ceaselessly excused the offended party’s applications.

However, Professor Prempeh in a Facebook post said “That an assessment communicated at such a discussion, to contestation from different members, would make anybody hold up a proper protest with the Disciplinary Committee of the General Legal Council is remarkable, odd, and rash.”

He added “Things being what they are, presently individuals from the Ghana Bar can’t offer an individual unflattering assessment of the legal executive on a scholarly, a common society or other public conversation platfrom, even after a case has been chosen, without gambling being pulled before the Disciplinary Committee of the General Legal Council? Truly?

“On a similar stage where this attorney stated the viewpoint that has procured him an encouragement to show up before the Disciplinary Committee of the lawful calling’s controller, different specialists, including different legal advisors, unequivocally couldn’t help contradicting him as he would see it of the legal executive in regards to the case being talked about, with some lauding the court’s treatment of the matter. As such, the stage on which the legal advisor talked was an authentic commercial center of thoughts and assessment, with specialists discussing each other in forthright, open exchange.

“This, by chance, was an online class conversation coordinated by CDD-Ghana, in a joint effort with the KNUST law staff, as a component of another “Legal Review” arrangement (an organization among CDD and two law resources in Ghana) that intends to audit and inspect choices of the courts for their effect on vote based system and great administration. This specific board, which inspected the new Ghana political race appeal through a relative focal point, highlighted two unfamiliar members (from Kenya and Zimbabwe), four Ghanaian attorneys, and me.

“That an assessment communicated at such a gathering, to contestation from different members, would make anybody stop a conventional grievance with the Disciplinary Committee of the General Legal Council is remarkable, unusual, and rash. In addition to the fact that this will undoubtedly chillingly affect the free discourse privileges of attorneys, it will likewise affect contrarily on both scholarly opportunity and the opportunity and capacity of common society to advance legal responsibility, including through projects like the Judicial Review arrangement. I discover no defense at all for the Disciplinary Committee of the GLC to be brought into this matter or to examine Dr. Dominic Akuritinga Ayine for the assessment he communicated on the board. It can’t be alright for a legal counselor to commend a court for its treatment of a matter yet a demonstration of expert wrongdoing or disdain of court–for another legal advisor to communicate an opposite perspective on a similar court about a similar matter.”