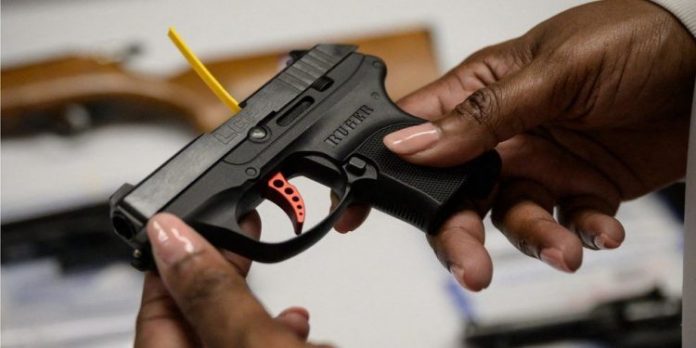 Two persons are reported dead at Manso Kaniago in the Amansie South District of the Ashanti Region after they were allegedly shot mistakenly at a mining site on Thursday, August 19, 2021.

The two are believed to be Ghanaian and Chinese nationals.

According to eyewitnesses, a retired security officer who provides security at the mining failed to take out bullets from his gun after he fired warning shots to scare off some persons who attempted to operate around their concession.

Speaking to Citi News, a resident, Enoch Marfo, said the security guard in an attempt to drive the persons away accidentally fired the gun which hit two persons.

He added that the two persons died immediately.

“The Chinese people decided to close their pit today [Thursday], so all the women in Manso Kaniago came there to get some small money to cater for their families. So two of the women entered the pit, so the retired soldier guarding the place fired two gunshots, so when he finished, he didn’t remove the bullets from the gun. So when he decided to push one of the two women who entered the pit, the gun fell and unfortunately, hit another guy standing by and also hit one Chinese man.”