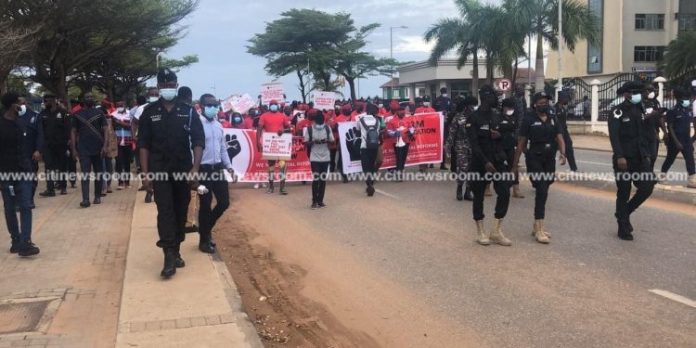 Members of the National Association of Law Students (NALS) and some persons who couldn’t make it into the Ghana School of Law this year hit the streets today, Wednesday, October 20, 2021, to demand reforms in Ghana’s legal education regime.

The students had blamed the General Legal Council (GLC) for their inability to gain admission to the school. 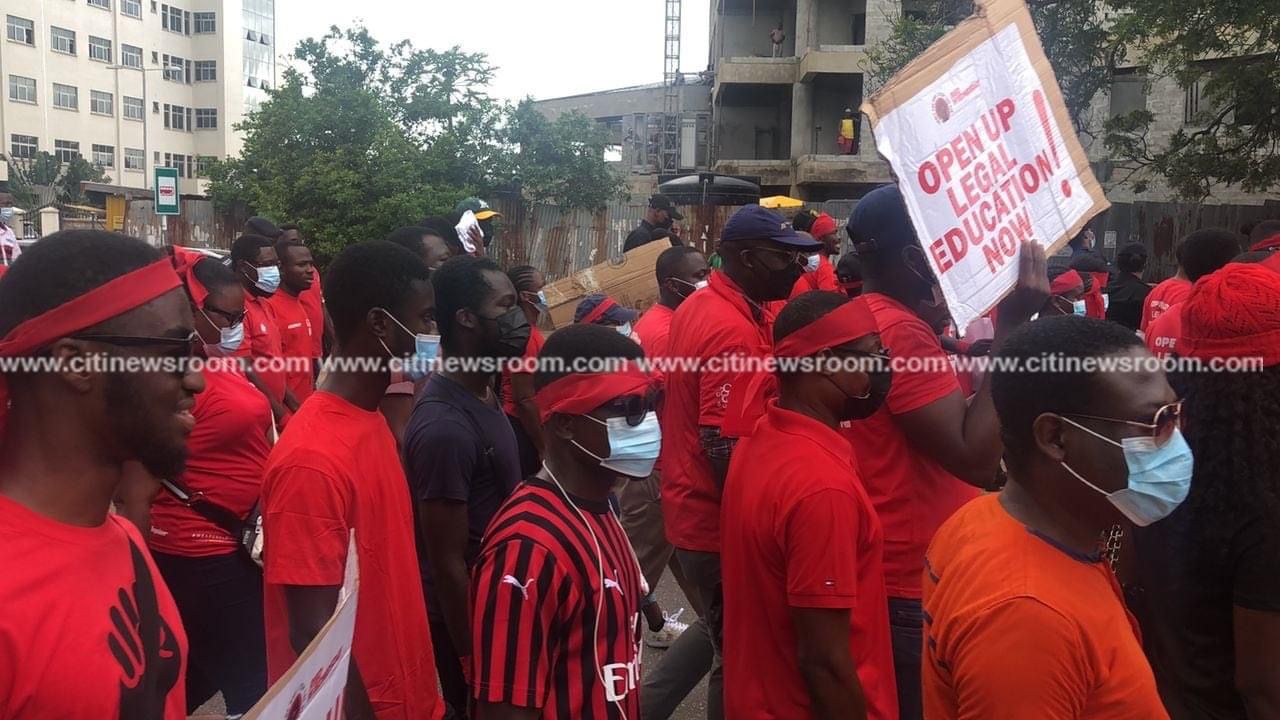 They went through some principal streets of Accra and will subsequently submit a petition to Parliament.

Michael Osei Koranteng, the president of the students studying law at the Zenith University College in Accra, in a Citi News interview, said they are demonstrating because they believe the GLC is deliberately preventing more students from accessing legal education.

“This demonstration was organized by the National Association of Law Students in support of all 499 students who were denied admission because what affects your brother or sister also affects you. This thing has happened in the last two years, and it is still ongoing, and we can’t sit down and watch it.” 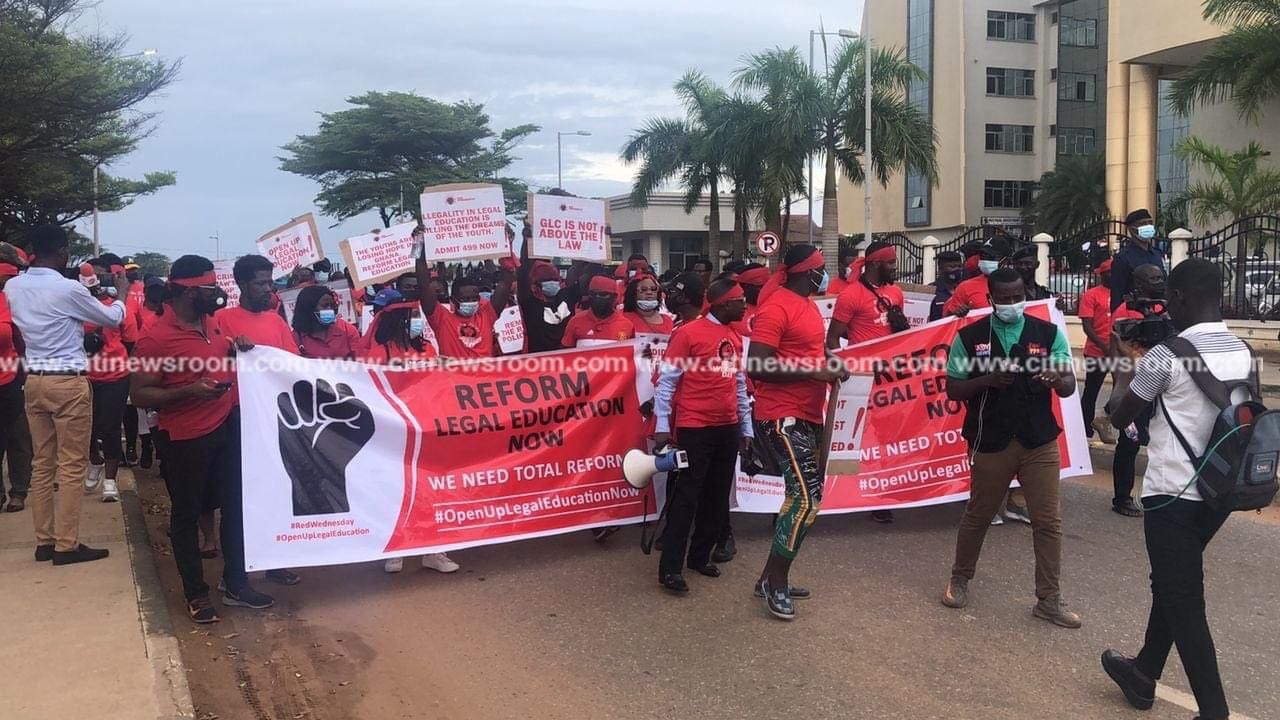 Some 499 candidates who were part of those who failed the exams insisted that they would have gained access to the Ghana School of Law if not for the new policy introduced by the GLC.

In September, the GLC in a press release indicated that 790 candidates out of a total of 2,824 students who sat for the 2021 entrance exams passed. 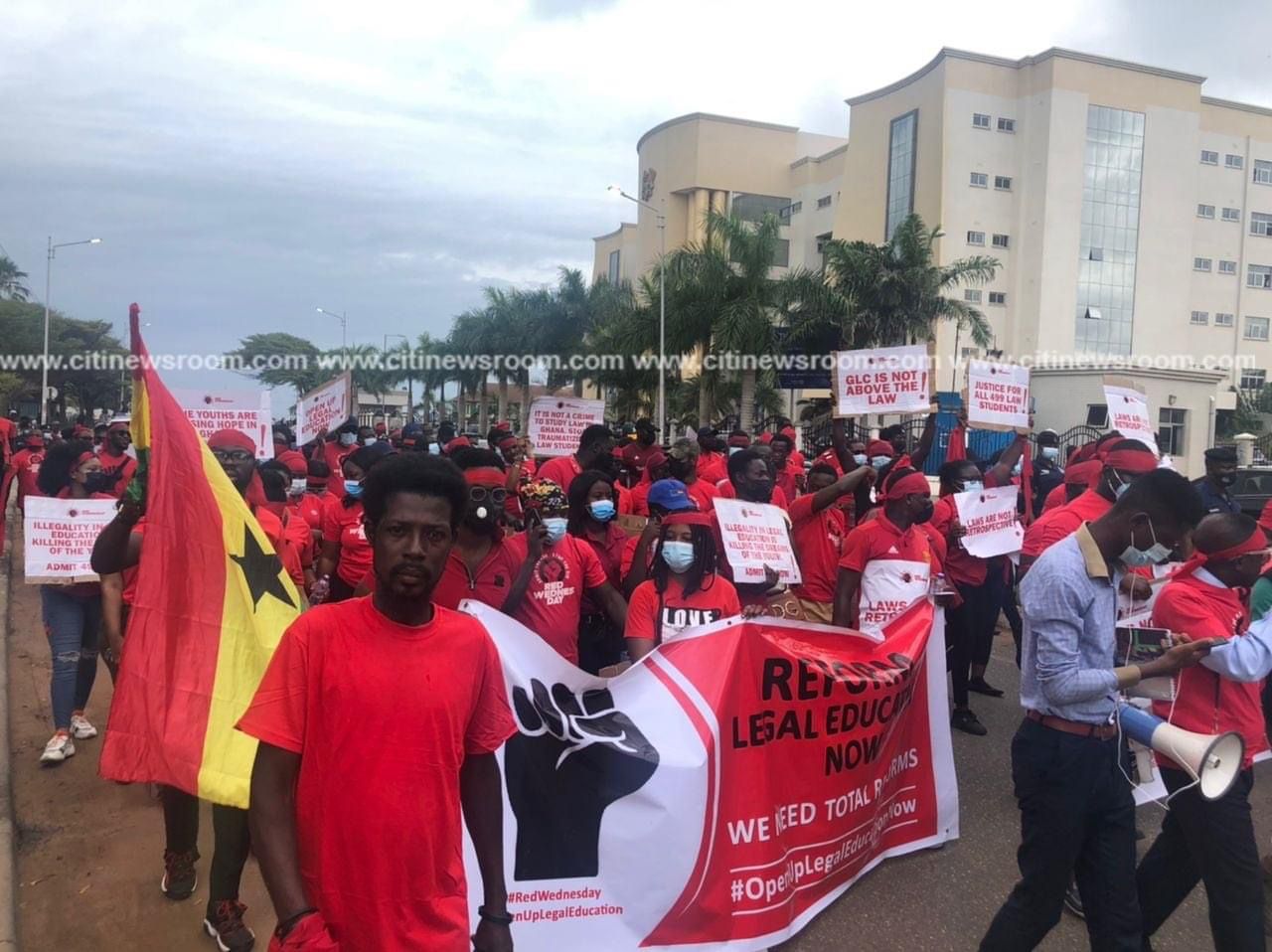 The aggrieved students are however unhappy with the said policy, hence their decision to protest to put pressure on the appropriate authorities to reform the legal education system.

Some of them held placards with inscriptions such as “Reform Legal Education Now, #We Need Total Reforms Now, GLC Is Not Above the Law”. 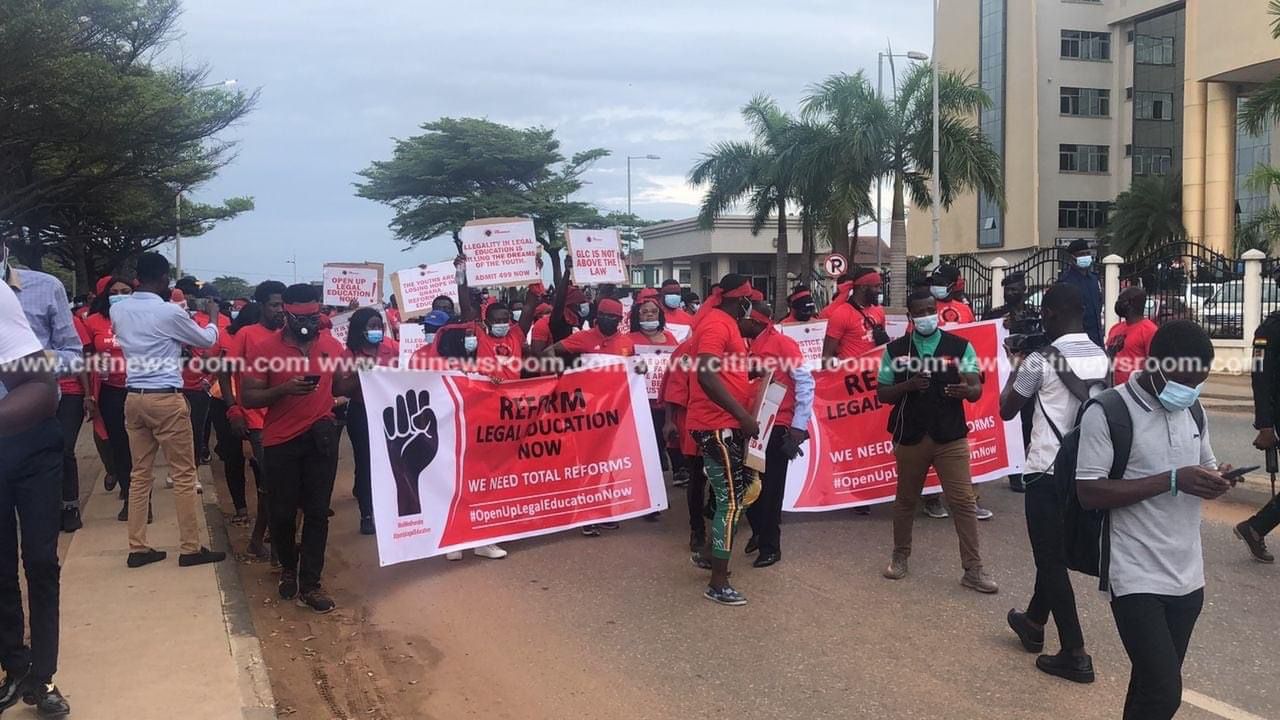 Other placards also read: “Justice For All 499 Students and Open Legal Education Now”.