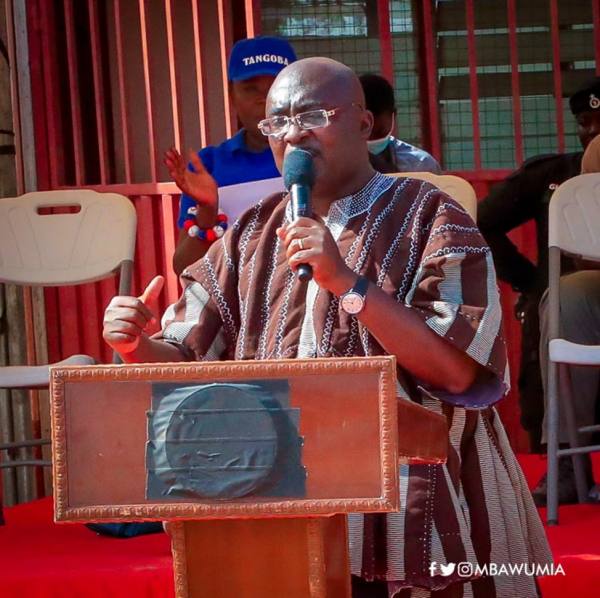 Vice President Dr Mahamudu Bawumia has stated that the transformational leadership being provided by the current government is aimed at lifting the north out of poverty unlike the Mahama administration.

He disclosed that the development of the north and the country as a whole, remains a major priority to the Akufo-Addo’s administration which is why it has initiated various policies and programmes to inure to the benefit of the people.

Speaking during a courtesy call on the Paramount Chief of Sirigu Traditional Area in the Upper East Region, Naba Roland Akwara Atogumdeya III as part of his tour of the area, Dr Bawumia underscored the significance of the 2020 polls in the development of the country.

“The 2020 polls is an important election. We want the development of this country and the north. We have been left behind for long. We are providing transformational leadership to lift the country from poverty and we have demonstrated that through the various policies and programmes including NABCo, the free SHS and many others”, he stated.

According to the Vice President, the current administration stands for development and its charting a path that would ensure that its quest for northern Ghana is developed in order to ameliorate the plight of residents.

“We are about development and if you look at what we have done in the last 4 years, you will realize that more than the NDC did in 8 years. In the last 3 years has completed 688 out of a total of 1,488 developmental projects in the Upper East Region”, he revealed.

Paramount Chief of Sirigu Traditional Area, Naba Roland Akwara Atogumdeya III, used the occasion to thank government for the introduction of social intervention policies such as the free SHS and Planting for Food and Jobs; which according to him are transforming lives in the Sirigu community and the country as a whole.