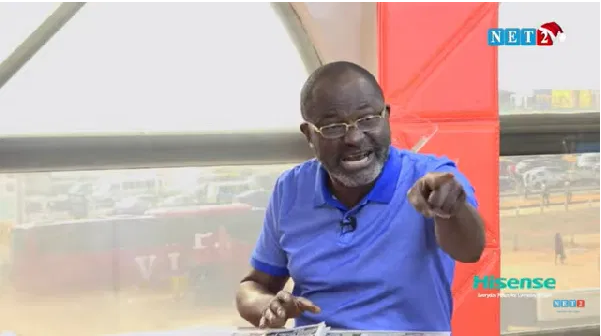 Assin Central lawmaker Kennedy Agyapong has said the alleged killer of investigative journalist Ahmed Suale who he said bears the name Ansu Gyeabuor is not the one currently in circulation on social media.

He said he is in possession of the picture of the actual Ansu Gyeabuor he was referring to in his interview with US-based Adinkra TV.

“I have the pictures of the Ansu Gyeabuo I was talking about who the Police have told me killed Ahmed Suale. The picture currently in circulation is not the one I was referring to,” he said on his television station Wednesday, May 26.

He further asked, “bloggers to crosscheck their facts before they publish images of people.”

The man whose image is in circulation came out to deny the allegations. He said he doesn’t even know the deceased let alone hatch a plan to murder him.

For him, he said he may have been an “easy target” because he had a brush with the law and the Ghana Police Service published his mug shot in a Wanted notice.

“My picture is all over the place that I killed [Ahmed Hussein-Suale].

“What if the family of Ahmed [Hussein-Suale] meet me somewhere and they stab me. What will happen? What have you achieved? I have three children. Is it not stupid?” he stated in a video he did, claiming friends and family have been calling since the allegations were aired by the popular MP to check up on him.

The MP himself had been a suspect in the case as he had published pictures of the deceased days earlier on his television channel Net 2 TV, urging his followers to beat him up for financial reward.

Harris Ansu Gyeabour said indeed the issue he had with the police in January 2020 has been settled and the police have even apologised to him.

He served notice that his lawyers will come after all those who published his pictures in this latest accusation, particularly the media houses which were quick to report the matter.