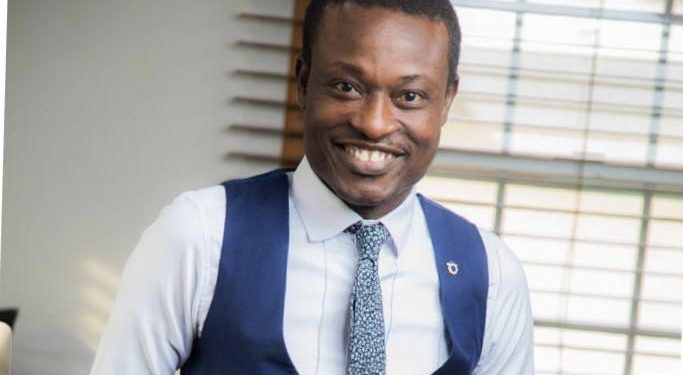 Appointments Committee unanimously recommends Kissi Agyebeng as Special Prosecutor
_____
The Appointments Committee of Parliament Thursday unanimously recommended the Special Prosecutor (SP) Nominee, Kissi Agyebeng, vetted earlier in the day, to be approved by the House to take up the position.
“The committee unanimously agreed to recommend him to the House for approval,” Mr. Osei-Owusu, the Chairman of the Committee, said, adding that the members were satisfied with his answers.
Mr. Osei-Owusu, interacting with journalists in Parliament, after an indoor sitting of the Committee following the vetting, said: “As to how other people view his answers, I’d rather leave it to them and stay within the rules to make recommendations to the House.”
The report on the vetting, and the recommendation, would be presented to the plenary for debate to say ‘aye’ or ‘no’ to the recommendation.
Mr. Agyebeng had, at the vetting, described the Office of the Special Prosecutor as unique, as compared to all the other law enforcement agencies in respect of its mandate.
That, he said, was: “because no other institution has been carefully designed and thought-out to fight corruption specifically as Act 959 has done.
“…In respect of this, the Office of the Special Prosecutor (OSP) is the gold standard under the UN Convention against corruption and the AU Convention on the prevention and combatting of corruption.”
“The committee unanimously agreed to recommend him to the House for approval,” Mr. Osei-Owusu, the Chairman of the Committee, said, adding that the members were satisfied with his answers.t should be made independent with a specialized trained staff to focus on the fight against corruption.”
The SP nominee said the OSP was relevant because of its independence from the Office of the Attorney General.
“ The Attorney General is a member of Cabinet; he’s part of the government. How independent would he be in terms of certain individuals if they were to fall foul of the law if, for instance, they are also members of cabinet or members of the government?” he asked.
“But in respect of the OSP, the person manning it, who is not part of the government machinery, is independent; and Hon Chair, if given the nod, I’m going to guard my independence jealously.”
Mr. Agyebeng was nominated by the Attorney General and Minister of Justice, Godfred Dame, as Ghana’s second Special Prosecutor following the resignation of Mr. Martin Amidu from the position in November 2020, alleging political interference by President Akufo-Addo in his job.
Mr. Agyebeng has been a law lecturer at the Faculty of Law of the University of Ghana, Legon, since October 2006, teaching and researching Criminal Law, International Humanitarian Law, International Law, Corporate Law, and Legal Research and Writing.
Called to the Bar in October 2003 and also engaged in private law practice, Mr. Kissi Agyebeng holds a Bachelor of Laws (LLB) Degree from the University of Ghana and Master of Laws (LLM) Degree from the Dalhousie University, Canada, and Cornell Law School.
As part of a 2016 campaign promise, the Office of the Special Prosecutor was set up in 2018 by the New Patriotic Party-led government.
President Nana Addo Dankwa Akufo-Addo then nominated Mr. Martin Amidu, an anti-corruption campaigner and a member of the opposition National Democratic Congress, as the first Special Prosecutor, and he was given the nod after Parliament had vetted him.
The OSP was established with the mandate to investigate and prosecute all suspected corruption and corruption-related offenses pertaining to public officers, politically exposed persons, and persons in the private sector alleged to have been involved in any corruption and corruption-related offenses.
Apart from initiating investigations on its own, Act 959 gives the Office of the Special Prosecutor the power to receive and investigate complaints of alleged corruption from the public or investigate suspected corruption or corruption-related offenses upon referral from bodies such as the Attorney General’s Department, the Commission on Human Rights and Administrative Justice, and the Economic and Organised Crime Office.
Share
Facebook
Twitter
Pinterest
WhatsApp
Telegram
Previous articlePresident Akufo-Addo, SIGA, To Lead 70 Entities To Sign Performance Compact – SIGA Manager Hints
Next articleSPEECH: President Akufo-Addo Address to the nation (Update 26)