Arsenal’s Arteta was at his ‘lowest’ after Man City defeat 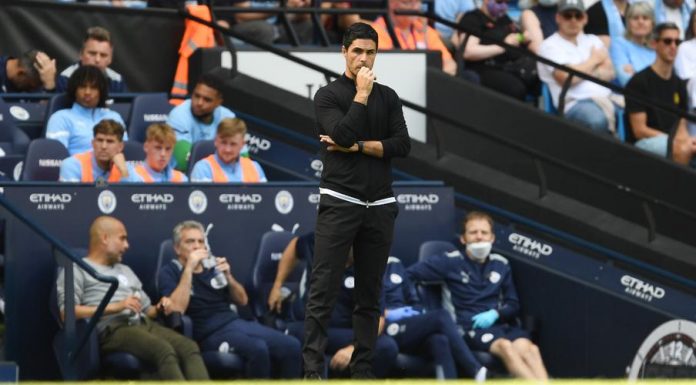 Arsenal manager Mikel Arteta said he was at his “lowest” point after last month’s heavy defeat by Manchester City left them bottom of the league.

Arsenal lost their first three league games, including a 5-0 thrashing at City, before Saturday’s 1-0 home win over Norwich City lifted them to 16th after four games.

Arteta, who has come under pressure after the dismal start, said the support of his family and the club helped him cope with the disappointment.

“You are upset with yourself, you are angry, you are tired,” he said.

“You just want to hit yourself because you’re not doing things right and you’re not getting the outcome you think you deserve. After the loss against City probably I was at the lowest.

“You start to try to analyse things, you hear different opinions … And then starts the importance of having the family I have, the parents and the friends I have. In difficult moments they show their commitment in your relationship with them.

“After that it is every person that works in this club, from top to bottom, and the energy they try to provide … and how encouraging it is to see them with the hunger to change the situation.”

Arsenal travel to Burnley in their next league game on Saturday.