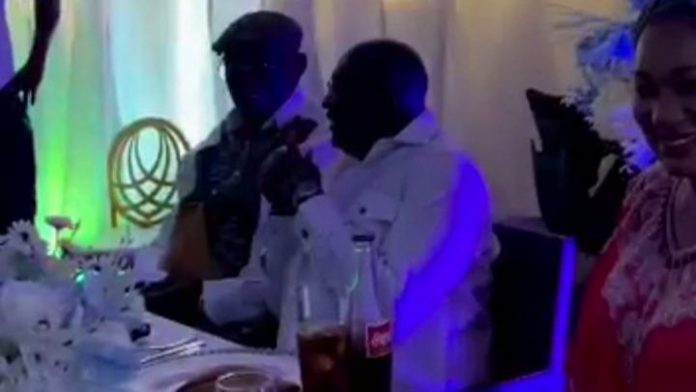 Together with his wife, Samira, the Vice President spent time with the former leader at the Peduase Valley Hotel on Sunday June 20, 2022 to mark this year’s Father’s Day.

In a video which has since gone viral on the social media, Dr. Bawumia and PresidentJohn Agyekum Kufuor were seen at Peduase Valley Resort spending some good time together.

Other dignitaries such as the Second Lady, Samira Bawumia was spotted with smile watching the two politicians enjoying good music, drinks and food to celebrate the day.

Former President Kufuor is a known admirer of Dr. Bawumia who believes President Nana Addo Dankwa Akufo-Addo made the right decision in choosing Dr. Bawumia who has all it takes to manage the economy of the country.

‘You go to a good tailor when you require a fitting garment,’ former President Kufuor recently said about his impression of the performance of Dr. Bawumia.

Former President Kufuor discovered Dr. Bawumia and appointed him to serve in the NPP government as the Deputy Governor of the Bank of Ghana (BoG) in his administration.

The Vice President has been tipped to lead the ruling New Patriotic Party (NPP) to the 2024 polls and this could be easily achieved when he gets the blessing of the man who gave him a chance to serve the country at the very top of the financial sector.

Dr. Bawumia is likely to become Ghana’s first Muslim President if things go according to his plan.