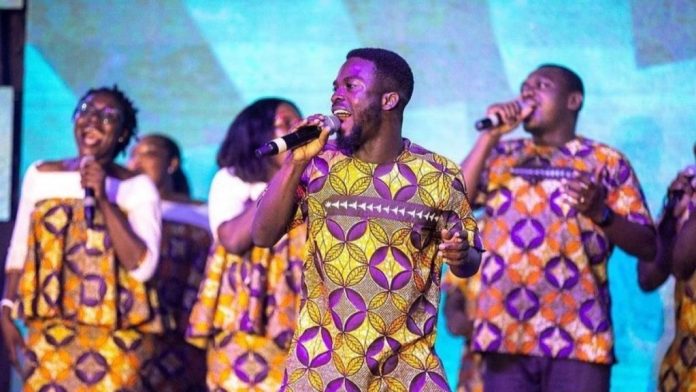 The contemporary gospel music group Bethel Revival Choir readies to release a third album titled ENYO on June 19. The announcement was made at the album listening session and press launch on Saturday, June 11, 2022 at Alisa Hotel in Accra.

ENYO which simply means “He (God) is Good” is a 15-track live recorded album from the Akpe Experience Concert held in December 2021 at UPSA.

The event was graced by some reverend ministers, the church executives, members of the from the Global Evangelical Church – GEC in Accra and some special friends of the Choir.

The album listening and media launch was also attended by some media & industry personalities and some friends & sponsors of the choir.

The manager of Bethel Revival Choir, Mr David Asiwome Boahini in addressing the gathering stated the Enyo Album is already receiving positives testimonies prior to the main launch at the Global Evangelical Church, Trinity Chapel, Kotobabi in Accra.

“I will say it has been humbling. Looking at the testimonies received, recognitions from the industry and award schemes, opportunity to share stages with accomplished musicians to bless people even beyond Ghana,” he revealed.

The award-winning contemporary choir will also embark on regional tours to the Volta Region (Ho), Ashanti Region (Kumasi) and Eastern Region (Koforidua). The respective dates would be announced via the social media handles.
The choir in collaboration with gospel musician, Joe Mettle will also hold a grand concert in Togo (Lome) on Saturday, October 1 – Sunday, October 2.

The Enyo Album listening and media launch was hosted by Edinam Bright-Davies with support from staff and management of Citi FM/TV, UpSwing Music and Genet Services.