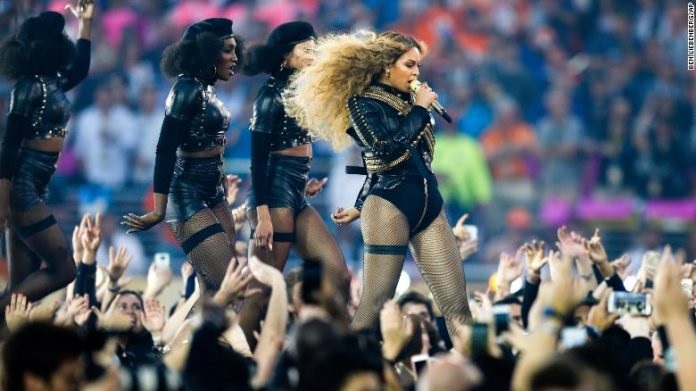 Beyoncé’s “Formation” has been named the best music video of all time by Rolling Stone.

The video, which was released in 2016, included references to Hurricane Katrina, Creole culture and police brutality. Her daughter, Blue Ivy, also had a cameo.

Directed by Melina Matsoukas, the video won best music video at the Grammy Awards.
Just days after debuting “Formation,” she performed the song during the Super Bowl halftime show.

The song, which is off her sixth studio album, “Lemonade,” was the most searched song of that year.