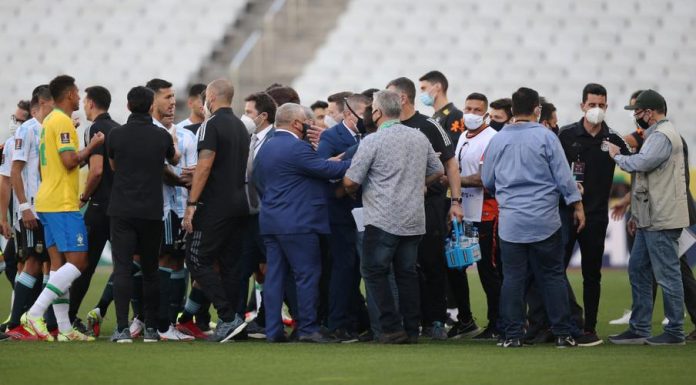 Brazil’s Health Regulatory Agency, ANVISA, was a victim of a cyber attack on Wednesday which included an Argentina flag and a provocative message after last weekend’s World Cup qualifier in Sao Paulo between the two countries was abandoned.

Sunday’s fixture was halted after seven minutes as Brazilian health officials stormed the pitch over alleged Covid-19 quarantine breaches by the visitors, triggering a melee involving team officials and players.

“ANVISA, we didn’t quarantine before walking all over your servers: are you going to send us off too?” the message on a black background on ANVISA’s website read.

The hack on the site, where foreign travellers must fill in a form before arriving in Brazil, was out of service for around 90 minutes but none of the regulator’s other systems were affected.

They had allegedly failed to disclose that they had recently spent time in Britain.

Brazil, where Covid-19 has claimed more than 580 000 lives, denies entry to foreigners who have visited the United Kingdom, South Africa or India within 14 days prior to their scheduled arrival.

On Monday, football’s governing body, Fifa said possible disciplinary action would be taken “in due course” after the incident.

The controversy came after Premier League clubs refused to release nine Brazilians to play for their country in the World Cup qualifiers over coronavirus rules that would have required them to quarantine on their return to England.

The Brazilian football association (CBF) confirmed to AFP it had asked Fifa to invoke regulations that bar players for featuring for their clubs for five days after an international break if they are not released by their domestic outfits.