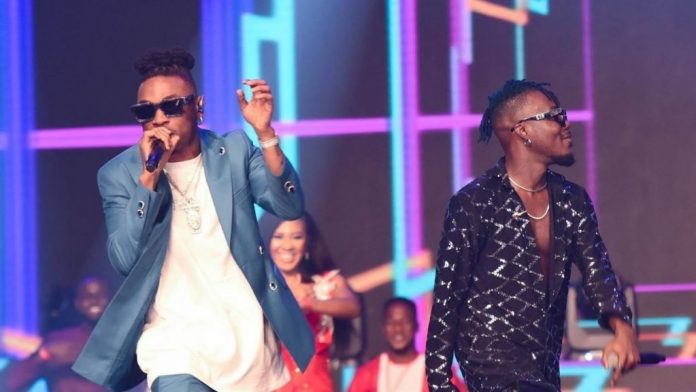 Camidoh, King Promise and Mayorkun reunited at the just ended Afronation Festival in Portugal, weeks after their VGMAS 2022 appearance. The three music biggest stars came before a sold out crowd for a spectacular and immersive performance of their collaborative single “Sugarcane” Remix that got the audience jamming.

This is not the first time the three have shared stage after the song was premiered. Back in May, they teamed up for an engaging take of the track at the 2022 Vodafone Ghana Music Awards ceremony. “SUGARCANE” remix was premiered in April of 2022, after the original version enjoyed mainstream success and credited with over 40 million streams worldwide.