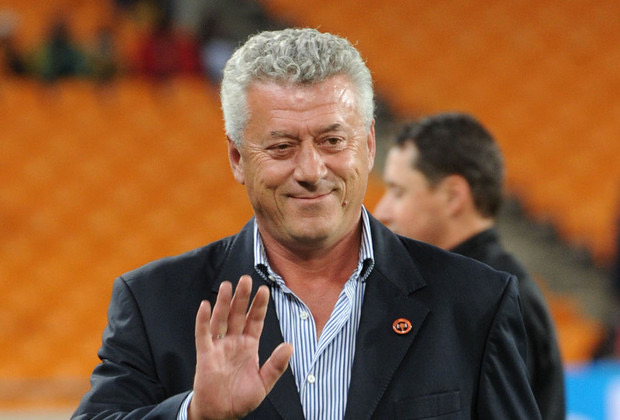 Accra Hearts of Oak are a club stuck in reverse gear; think of it as a NASCAR race, the constant left turns, but instead of moving forward in a circus, it is moving backwards.

And as this is an obsolete vehicle with no side mirrors, it is only a matter of time before it crashes into a ditch, one they may never be able to recover from.

The club has resorted to taking decisions that defeat logic; the Phobians are now fundamentally  the football equivalence of Cirque du Soleil, producing the biggest circus shows Ghana football has seen in the last ten years.

The latest production in the Hearts of Oak circus show is the appointment of Serbian trainer Kosta Papic as head coach. This they did without the knowledge of the club’s Managing Director, Frederick Moore, which caused him to resign from his position.

Never mind that just weeks before Papic’s arrival, a Portuguese trainer, Vaz Pinto, had been brought in as Technical Director. He absconded after just eight days in the job.

The official explanation was that his children had coronavirus but word is, he left because he discovered he would not be made head coach, a position he was apparently promised by the club’s top hierarchy.

It confirmed suspicions that the club had intended to replace Edward Odoom, who had been in charge since January 1, 2020.

Now, Odoom has been replaced, with just two games into the 2020/2021 season. He is to revert to coaching the club’s youth side.

Truth is, the club has always meant to replace the former Tema Youth boss. Papic has always been available; he’s been available since December 2019, after eSwatini opted not to renew his contract with the national team. Why wait for Odoom to make signings, prepare the team through pre-season, only to fire him two games in?

Hearts of Oak’s top brass do not require eidetic memory to remember that coaches are not the solution to the club’s inexplicably deep-seated mess, neither are they the problem.

Certainly, hiring Papic solves nothing if the club’s operational strategy does not tilt from the experimental approach that has thus only yielded monumental catastrophes and no trophy in 11 years.

Papic is widely regarded as the man that led Hearts of Oak to their last league title in 2009, but that is inaccurate, thanks to one of the club’s signature bizarre moves that year.

With seven more matches to end the season, the Interim Management Team of the club at the time, dismissed the former Orlando Pirates coach citing the three successive defeats in the league as enough grounds for the decision.
Under the Serbian tactician, the Phobians had become a winsome side and led the league table with fourteen points from their closest rivals at the end of the first round of the 16 club league.

That gap was reduced to just five points in the second round, but Papic was far from the guilty party.

Following a very successful first round, Papic left the country with clear-cut instructions to the Management to sign four players to consolidate the team’s position in the coming round.

Most of the new players lacked match fitness and it showed in some of the friendly matches the club played.

There was indeed not enough time for the new players to get into the stride and Papic chose to have faith in his first round team, much to the chagrin of the top guns of the club who kept on insisting that the club should get value for its money.

Nii Noi Thompson replaced Papic and successfully sailed a ravaged ship across to the league title.

The club made the silly decision to disrupt a chemically balanced team with wholesale signings, but Papic paid the price, because he would not kowtow to the whims of management members.

If that sounds familiar, that’s because it is. David Duncan lost his job because he would not bench Mahatma Otoo per management’s request, and Odoom was forced to make five changes to his team that drew 2-2 with Ashantigold on opening day because someone told him to do so.

Unless Papic’s memory is as short as those in charge of the club, he would know he cannot succeed under the current practice; the same one that got him fired 11 years ago.

Is it not curious that since Papic was last here in 2009, the club has hired and fired 20 different coaches, with no positive outcome to report? Before that, the club had dispensed with the services of 21 different coaches from 2004 to 2012. That’s an average of two coaches a year.

And yet, the only constant feature in the club’s trophyless run has been the board. Time to look themselves in the mirror.

Togbe Afede XIV is a shrewd business man who has made fortunes because he has been rootless in his decision making. But his decisions at Hearts of Oak have been a complete let down. Maybe it’s time to stop listening to his advisers and start listening to the fans.

Board member and close confidant of Togbe, Alhaji Akanbi’s race is run and he is certainly out of touch with the realities of running a modern day football club. Togbe should not be listening to him.

Former Chief Executive of the club and Member of Parliament for La Dadekotopon ,Vincent Odotoi, has played a key role in the disasterclass of the last ten years, but it appears he is on his way back to the club, having lost the NPP primaries and with no chance of going back to parliament.

The club needs a new, younger football administrator as MD; someone that will bring fresh ideas to the club.

American Mark Noonan had it, but they frustrated him out. The problem with many institutions in Ghana is that people benefit from the chaotic system. I call them ‘chaoticpreneurs’. These people will ensure systems never work so they continue to profit off the bedlam and pandemonium. It appears that’s the situation at Hearts of Oak.

Where in the world is this a template for success?

The board’s lack of patience has cost the club a colossal amount. If the club is to succeed, they would need to give coaches free hands to operate, back them with resources and crucially, time. Without these, the Hearts of Oak train will keep sliding backwards.

Hearts of Oak coaches in the last 11 years: