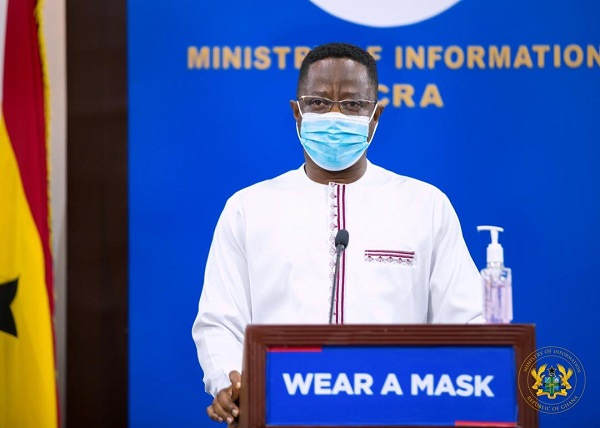 Government has given US$130 million to the Electricity Company of Ghana (ECG) to help the power generating firm replace its obsolete equipment, to reduce power losses, and ensure sustainable power generation.

John Peter Amewu, the Minister of Energy, who made this known when he took his turn at the Nation Building Updates in Accra on Thursday, said it would ensure efficient transportation of electricity, add value to power generation and ensure cheaper electricity supply to consumers.

He noted that the stable power supply Ghanaians are currently enjoying was due to Inter-Ministerial and agency collaboration and placing competent people in the right position to deliver quality services as well as the effective leadership provided by President Akufo-Addo.

He explained that the Akufo-Addo-led government had tremendously improved the grid system thus, aiding the flow of electricity to power consumers.

Additionally, it had completed gas reverse flow, paid the chunk of the debts owed the Independent Power Producers, and transferred the Karpower Barge from Tema to Sekondi-Takoradi to use natural gas thereby ensuring efficient utilisation and less cost in power generation.

According to the Institute of Social, Statistical and Economic Research’s (ISSER) Social Development Outlook 2015 reports, the Ghana government recorded GH¢924 million losses in 2014 alone as a result of the power crises.

The event, on the theme: ” Keeping the Lights on, Powering our Growth” provides a platform for government ministries, departments, and agencies to render accounts of their stewardship to the public as part of the government’s accountability efforts.

The Minister used the opportunity to explain the state of the country’s energy situation under the National Democratic Congress Administration and measures the current government instituted to ensure reliable and affordable electricity supply to consumers.

Mr Amewu indicated that the Mahama’s Administration increased electricity tariffs by 268 per cent between 2010 and 2016 amid the power crises (dumsor), leading to the collapse of many businesses.

“Today, under President Akufo-Addo’s government, the electricity tariffs we’re paying is far less than the tariffs that we were paying in 2016.

” This is happening because the various energy agencies are talking to each other to see how each of them will play their respective roles for effective power supply.

“This is so because the President puts competent people at the right position, we do not need to sign a new power purchase agreement or build a new power plant, but just using their knowledge, collaboration, and identity, and this exactly what this government has done…so give Nana Akufo-Addo four more years to do more for you,” Mr Amewu stated.