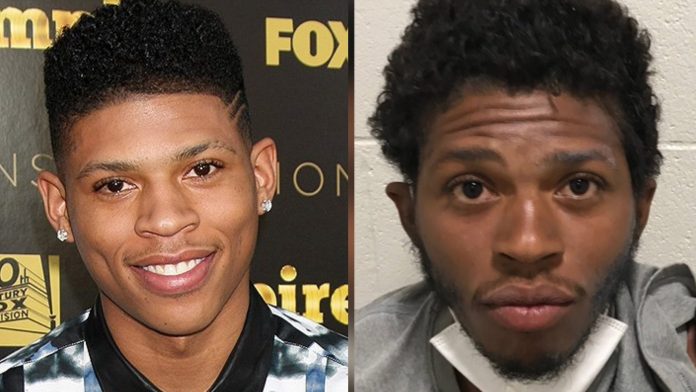 According to recent reports, Empire star Bryshere Gray has been sentenced to jail in a domestic violence case.

As theGrio previously reported, Gray was accused by his wife last year of “assaulting her for hours”. Per theGrio‘s original report, the police alleged at the time, “that the 26-year-old actor assaulted and strangled his wife who eventually escaped the home running to a nearby gas station.” After calling 911 in July of 2020, his wife was eventually treated and released for injuries from the alleged assault.

At the time, Gray was eventually “arrested and booked into the Maricopa County Jail on suspicion of assault and disorderly conduct charges.” Now, Gray has officially been sentenced to jail in the domestic violence case.

Share
Facebook
Twitter
Pinterest
WhatsApp
Telegram
Previous article“Beware of loving any woman other than your wife” – Drake
Next articleTems Talks To Dotty About Her Music, Potential Future Collaborations, Partying With Dave, Being A Perfectionist, Kylie Jenner Singing Along To Her Music And More – Ameyaw Debrah