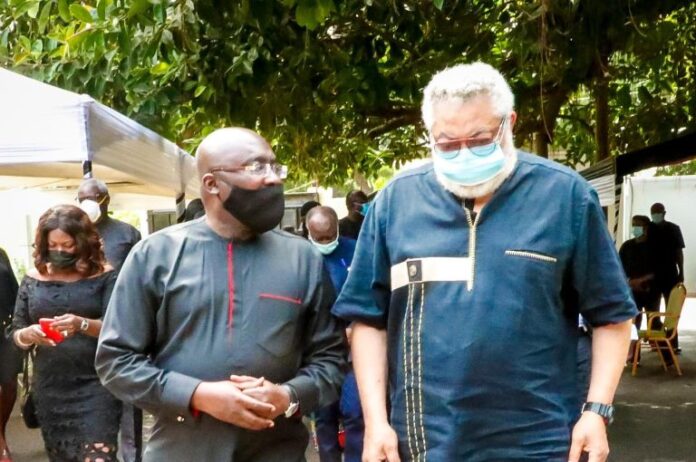 He said: “I have heard with shock the passing of Former President Jerry John Rawlings.

“His Excellency Jerry John Rawlings‘ role in the political history of Ghana is indelible, his fight for the poor and his impact on national cohesion and discipline is unforgettable.

“Ghana has lost a colossus and his fond memories will forever live.

“My condolences to the former First Lady, Her Excellency Nana Konadu Agyeman-Rawlings, the children, the allied families and the nation as a whole.

May his soul Rest In Peace”.

Meanwhile, President Akuffo-Addo has directed that all flags fly at half-mast.

He also announced 7 days of mourning nationwide in memory of the deceased beginning tomorrow Friday, 13 November 2020.

The flagbearer of the National Democratic Congress (NDC) for which Mr Rawlings is a founding father, John Dramani Mahama has also suspended his campaign tour in the Ashanti Region.