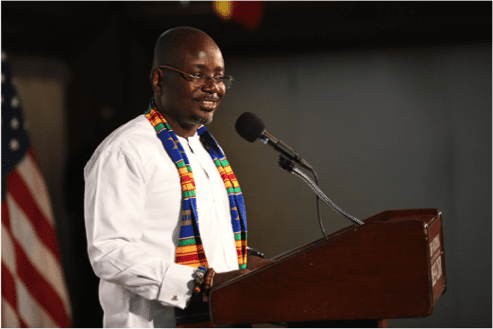 The Ghana Tourism Authority (GTA) has announced government’s plans to ease restrictions in cinemas and theatres which have remained closed for more than a year.

In a press release signed by the CEO, Akwasi Agyeman, the GTA stated that the decision to ease the restrictions is an outcome of engagements with the Ghana Health Service, the National Covid-19 task force, and other stakeholders.

The statement said owners of cinemas and theatres are however required to apply for an operational permit with the GTA before they can open their premises.

“This permit will be issued after a team of inspectors have assessed the facility and satisfied themselves that measures have been put in place to ensure compliance with the Covid-19 safety protocols,” Mr Agyeman added.

“Kindly note that the permit once issued can be withdrawn as a result of non-compliance with operational guidelines,” he wrote.

This comes after numerous stakeholders in the industry, especially filmmakers, expressed concern about the continuous closure of the cinemas and theatres, as it has impoverished them.

Meanwhile, Silverbird Cinemas Ghana has revealed it lost about $2 million in revenue after it closed its doors due to the pandemic.

The Business Manager of the facility which is one of many bearing the brunt due to closure for over 15 months, stated that they also had to lay off over 300 staff.

He made this known in an interview with JoyNews‘ Mapitso Sebidi for the documentary on the closure of cinemas.