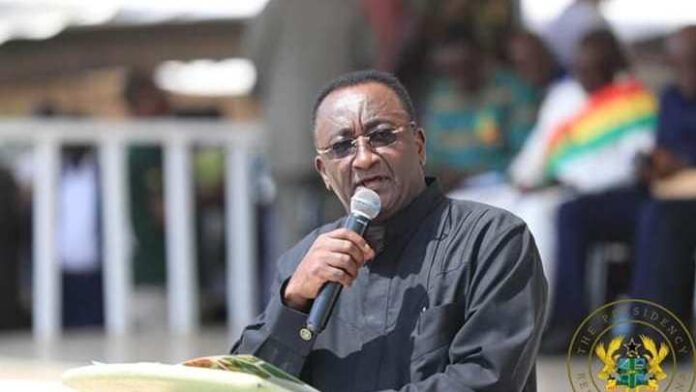 The Minister of Food and Agriculture, Dr Owusu Afriyie Akoto, has revealed that out of the 80 warehouses being built across the country, 51 of them are ready.

He said at the Nation Building updates series on Tuesday November 3 that the government will soon commission the completed warehouses.

“We decided that we were going to build 80  warehouses across the country  and I am glad to report  that out of the 80, 51 are ready to be handed over to me,” he said.

He further revealed that the government of President Nana Addo Dankwa Akufo-Addo has given 300 pickups to extension officers.

This, he said, is to enable them assist farmers with best farming practices to improve on their yields.

Dr Afriyie Akoto said that the government is determined to ensure food security in the country, hence the investment.

“Three hundred pickups have been given to extension officers so that they can move with the farmer and teach them modern methods of farming,” he said.

The government, he noted, also intends to make horticulture a major source of foreign exchange earnings.

“We want to make horticulture major source of foreign exchange earnings fort Ghana. We want to change the whole narrative and we will be exporting more. We can make it,” he said.

The programme was on the theme: ‘Becoming the West African Food Basket’.