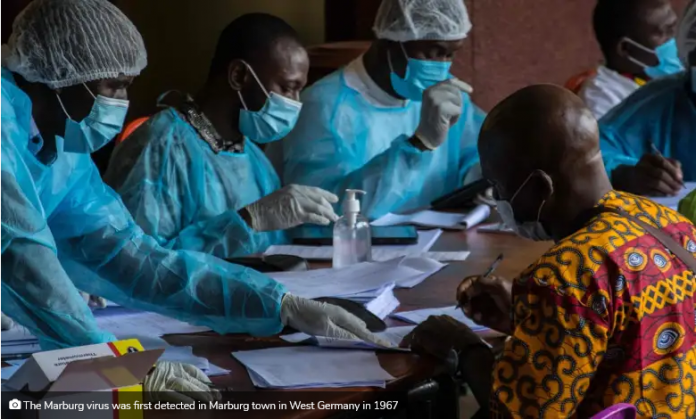 Health officials in Guinea have confirmed West Africa’s first case of Marburg, a highly infectious disease that’s in the same family as the virus that causes Ebola.

The World Health Organization (WHO) said the virus needed to be “stopped in its tracks”.

Marburg virus disease is transmitted to people from fruit bats and spreads among humans through the transmission of bodily fluids.

It’s a severe, often fatal illness that causes fever and bleeding disorders. Samples taken from the patient in Guinea, who has since died, were tested in the country’s laboratories and returned a positive result for the Marburg virus.

Dr Matshidiso Moeti, from the WHO, said the virus had the potential to spread far and wide. Efforts are now underway to find people who may have been in contact with the man.

The systems in place in Guinea and neighboring countries to control recent Ebola outbreaks are being taken up again in response to the Marburg virus.