I withdraw the ‘joking’ death threats against NDC MPs-Amewuu 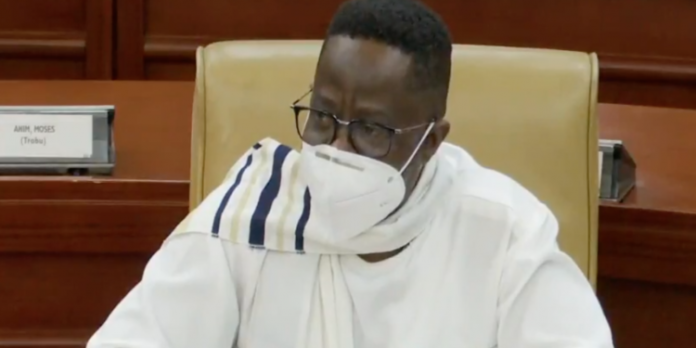 The Minister-assign for Railway Development, Peter Amewu, has withdrawn demise dangers he said were made playfully against some individual Volta Region MPs who are on the minority side in Parliament.

Mr. Amewu, the Hohoe MP and sole NPP MP in the Volta Region said he was incited when he made the dangers during the disintegration of the seventh Parliament on January 6.

Talking during his reviewing, he reviewed that the Minority administrators hooted at him upon appearance in the chamber.

The NDC MPs “invited me in a serious threatening way,” Mr. Amewu said, adding that he anticipated better.

“I thought, as another part having won a troublesome seat, I ought to be cheered distinctly to be hooted at [and called a thief.] That really was, obviously facetiously, a trigger.”

Yet, Mr. Amewu continued to apologize saying he “unequivocally pulls out the word.”

“I need to pull out those words genuinely. My voting public is watching me and Mr. Administrator I am a tranquil man. The utilization of the words came out as an overcompensation which is my negative perspective.”

Mr. Amewu was known as a cheat in light of the debate encompassing the territorial redevelopment that prompted Santrokofi, Akpafu, Likpe, and Lolobi being confined from the Hohoe locale and put in the new Guan region in the Oti Region.

Those territories, known as SALL, were in this way incapable to cast a ballot in the 2020 political race.

However, Mr. Amewu said he was certain he would have won the surveys regardless of whether the SALL region stayed in Hohoe.

“I just went in as a hopeful and sadly, for some explanation, they were not permitted to cast a ballot in Hohoe. I identify with them and I would have been glad if individuals of SALL had casted a ballot on the grounds that, in 2004 and 2008, those were my fortresses. On the off chance that they had casted a ballot, I would have even won with a higher edge.”