I Won’t Step Down For Anyone – Kennedy Runs For President 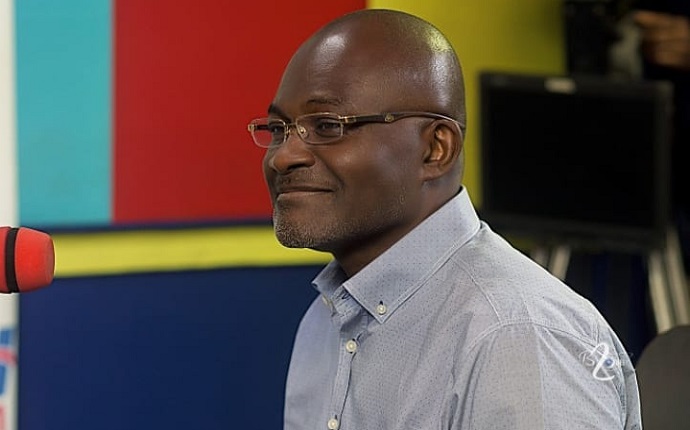 “Read my lips, I am not doing the bidding of anybody. I am genuinely contesting to become the President because I can do it better” were the response of Kennedy Ohene Agyapong, over talks that he would chicken out of the New Patriotic Party (NPP) flag-bearer race.

Kennedy is a maverick politician who represents the Assin Central Constituency in Parliament. He is an eyebrows raising personality who climbed from a street hawker to a Member of Parliament, a successful business man and philanthropist.

According to Kennedy, reports that perhaps he is doing the bidding of another aspirant are false. He has urged his teeming supporters to treat such reports with contempt.

“I am surprised because the support is coming from angles and corners. Even known NDC and my own NPP members are supporting my bid.

“Some people that I don’t know in person, I am told, have erected my billboards in the Northern parts of the country to support my ambition”, he said with smiles on his face.

Sounding happy, he said other people have printed his (Kennedy’s) campaign T-Shirts and caps to help him, stressing that he would surely become president in 2024.

According to him, he would definitely win the upcoming NPP presidential primaries and go ahead to win the ultimate (presidential elections), slated for December 2024.

Ghana’s next presidential and parliamentary elections is some two years and five months away and how the incumbent NPP government would manage to win a third term in a row has become one of its topmost priorities.

It certainly is an uneasy task that begs for an incisive strategic-thinking outside the box. No political party in Ghana has won a third presidential victory in a row. The best performance has so far been two terms for both the NPP and the NDC. The other parties are yet to exorcise themselves from the powerful demons of electoral defeat. It is most likely deliverance would continue to elude them.