“It Feels Really Good,” Camidoh Tells Native How It Feels To Witness The Success Of His Song 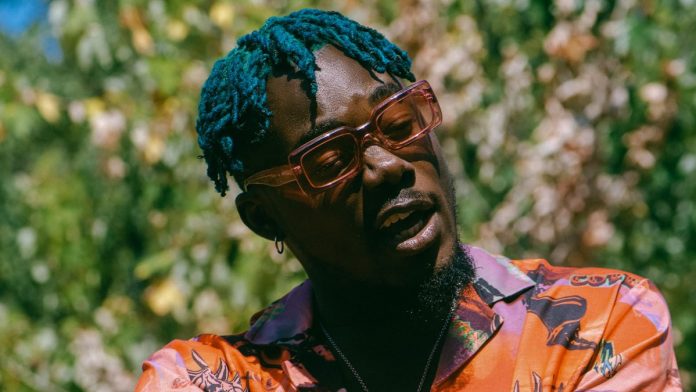 Last Thursday, Ghanaian singer Camidoh held his first-ever live performance at the Standard London. The night was well attended by music lovers and industry insiders alike, as they gathered together for the first time to welcome the artist to the city. The occasion was marked by the success of Camidoh’s hit single, “Sugarcane Remix,” featuring Mayorkun, King Promise and Darkoo, which has garnered over 9 million plays on Spotify alone, and 16 million views on Youtube.

Originally released back in 2021, “Sugarcane” went on to garner more fanfare when it was released a year later with a star-studded cross-continental remix that commingled cultures and sounds. Over a catchy production laid down Phantom, the singer and his collaborators deliver an unforgettable tune that has now become the soundtrack of many parties and weddings.

While “Sugarcane Remix” has continues to garner more plays since its release earlier this year, and its debut atop the TurnTable charts, the song has also taken over our timelines. Following in the footsteps of Afropop records before it, such as Kizz Daniel’s “Buga” and CKay’s “Love Nwantiti,” Camidoh’s “Sugarcane Remix” also exploded on TikTok. Currently the #SugarCaneChallenge has recorded over 85 million views and 1.3 million video creations, inspiring dance challenges and remixes from music lovers across the Internet.

It’s clear Camidoh has scored a massive hit on his hands, and he’s a student of the game, keenly paying attention to how important memorability is where melodies are concerned. Powered by this rich trove of insight, Camidoh went on to release his debut solo single of the year titled “Kaba” last Friday. The new single finds the artist exploring love and its complications, as he inquires into modern romantic relationships.

Switching between his native tongue, Ewe and English, Camidoh delivers a bubbly high-spirited track, about loving his muse, and attempting to put in the work so that her needs are met and provided for. The song’s vibe is undeniably hypnotic, toeing similar lines as “Sugarcane Remix” and his earlier releases, a move that will certainly satisfy both his old and new audiences. All this is inching towards Camidoh’s defining moment: the release of his debut album. During his stunning Evening at the Standard, Camidoh shared that his new project, ‘LITA’ would be out for release soon, and would feature of blend of music that fans had come to expect from him, while introducing listeners to something new.

Ahead of the project release, we caught up with Camidoh ahead of his first-ever headline show, ‘An Evening With Camidoh’ and spoke to the rising Ghanaian artist about his inspirations, his time in the UK, and his plans for the future.

Our conversation which follows below has been lightly edited for clarity.

NATIVE: When did you first get started in music?

Camidoh: I started music professionally in 2008. Back then, I was in high school and started a group with some friends. We formed a band and we were called Belce. We made Afrobeats at the time, but back then, it was not a common genre in Ghana, so we made more of what we’d call Hiplife.

NATIVE: How would you describe the music you make?

Camidoh: In regards to the genre , I call it Afropop and R&B. I describe my music as feel-good music and sweet music. I always go for very sweet romantic music and that’s what makes it special and sweet.

Camidoh: I was just trying to make a very easy going track that people would enjoy. I didn’t want to make people think too much to understand the lyrics. It’s inspired by a general love story of a woman playing hard to get, so I’m serenading her with sweet words to make her feel good and shoot my shot with her. I make love songs all the time. This time around, “Sugarcane” was special because it didn’t take itself too seriously, the lyrics aren’t deep, it’s very catchy and I guess that’s something everyone can relate to.

NATIVE: How does it feel to witness the success of your song on a global scale?

Camidoh: It feels really good. It feels like a step in the right direction. If I can do it on this level, with one song, then the door is actually open for me to make a mark. I can literally do everything on a global level. It fuels me with hope and makes me want to do it again. I want to work hard for the next record and the next. I feel motivated to replicate the formula.

NATIVE: What was your experience like working with the song’s collaborators?

Camidoh: It was really good. I drew a lot of inspiration from their participation. The way that they have all treated this record – asides from performing the record, they have shown up for it in numerous ways.

NATIVE: What do you want UK audiences to take away from your music?

Camidoh: What we did at the Standard was to properly introduce the real Camidoh. When I became a solo artist from the group, I started making acoustics. I was performing these acoustic versions of songs, covers, renditions and all of that. That was the proper foundation of Camidoh. I wanted my fans out there to see me running a track and be like ‘oh he can really sing.’ If I decide to do any other thing, at least my fans have seen that I can actually sing. It’s not about gimmicks. That was the aim, to really go in with the fans.

NATIVE: What did it mean to have your first headline show in London?

Camidoh: It felt great, especially looking at the turnout. It felt very impressive. It has motivated me to do a bigger venue next time. The venue’s capacity was 250 people but we had even more people who were trying to register to be a part of it, which we obviously couldn’t allow. It was a sold-out event. Next time, we do something even bigger for the fans.

NATIVE: Where do you want to be by this time next year?