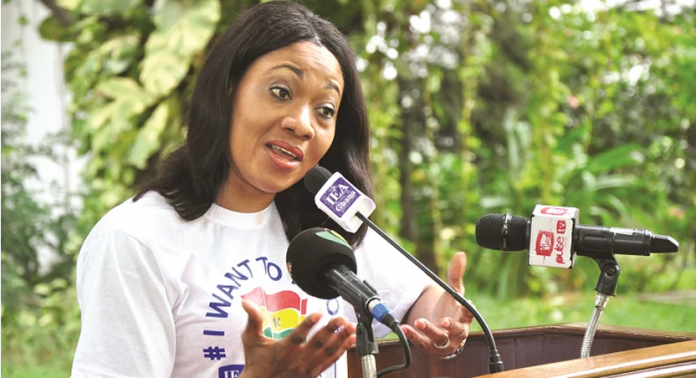 A former member of the National Democratic Congress (NDC), Stephen Atubiga has described Jean Mensa as one of the best Chairperson of the Electoral Commission (EC) Ghana has ever had in the 4th Republic.

He said Jean Mensa and Dr. Bossman Asare did a good job in the 2020 presidential and parliamentary elections adding that they exercised the constitutional mandate given to them.

Stephen Atubiga stated that the NDC failed to go to the Supreme Court with evidence after paying money to people to tabulate their collated results during the elections.

“NDC spent a lot of money on resource people to tabulate the 2020 Presidential election results but you went to court without your pink sheet to defend your claim. Those who were sent to the EC strong room to monitor the results, one was taking tea for three hours and nobody in the NDC office coordinated with those in the EC strong room, and if Jean Mensa has done her work and declared the results, you are angry and went to court,” Atubiga said on Accra-based Okay FM.

The EC after the election has applauded itself marks over the conduct of the 2020 elections.

At an IPAC meeting, the election management body made some recommendations it will apply in future elections.

The EC has proposed that polls will close at 3 pm but the said the reforms the EC proposed should be reconsidered.

The Director of Elections of the NDC, Elvis Afriyie Ankrah said the party was also proposing the adoption of an equitable voting formula for political parties at IPAC deliberations based on their representation in Parliament.

The third proposal for reform is for the EC to comply “with the use of the legally-prescribed statement of Poll/Pink Sheet (Form 8A and 8B) provided for in our Election Regulations to prevent the omission of BVD entries to preserve the ballot accounting process and makes it possible to check multiple voting, ballot stuffing, impersonation and other forms of rigging.”

Stephen Atubiga speaking on the NDC boycotting the IPAC meeting said is not the best.

He said “EC is embarking on electoral reform and instead of the NDC to join the EC meeting and protest at the meeting, they sat at the head office and organised a press conference chewing khebab with the contribution of the poor members of the party. Either you go and join them or you dissolve your party.

“NDC has lost focus because they should have been at the IPAC meeting protesting the decisions of the EC and convince other political parties to join you and that is when the party members will see that you are delivering on your mandate and not sit in your office for a press conference.”