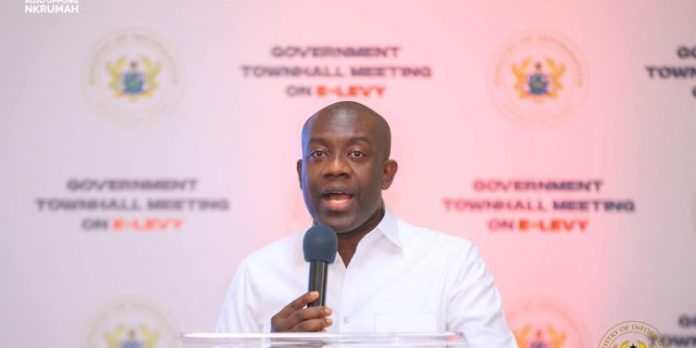 Information Minister, Kojo Oppong Nkrumah, has urged judges not to spare persons who assault journalists, especially in their line of duty.

Kojo Oppong Nkrumah indicated that the assaults on journalists embarrass the nation, for which a motion has to be taken immediately towards such acts.

He was speaking in Ho within the Volta Region during a coaching workshop for judges on the necessity to defend freedom of expression and security of journalists on Monday, June 20, 2022.

“The wheels of justice may grind slowly, but the feedback I have from my media colleagues is that some quick punitive action targeted at the perpetrators of infringements against media practitioners will be appreciated.”

Mr. Oppong Nkrumah said responding to assaults on journalists “with speed, regardless of who commits them” will send the best possible message.

“It will be the strongest message to the next batch of state and non-state actors who may even contemplate attacking a media practitioner in the line of his work.”

“It will be a message stronger than any admonition that anybody can give,” Mr. Oppong Nkrumah said.

The 2022 Press Freedom Index by Reporters Without Borders saw Ghana’s press freedom status worsening. Ghana fell from its 30th position in the global ranking in 2021 to 60th in 2022.

Attacks on the media contributed to the cause of the poor performance.

According to Reporters Without Borders, reporters covering the effectiveness of anti-COVID-19 measures were attacked by security forces.

Some Ghanaian political leaders have been accused of making death threats against investigative journalists.