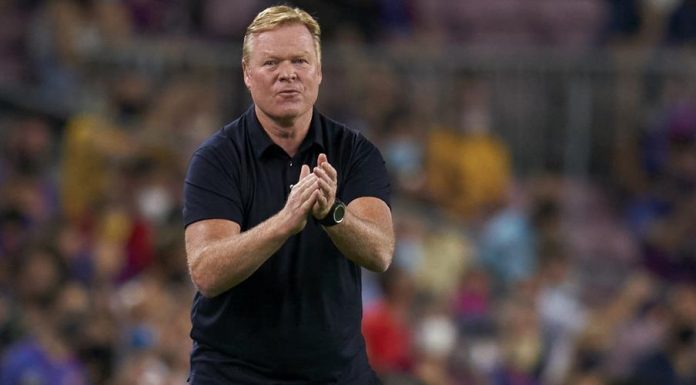 Barcelona coach Ronald Koeman was in a resigned mood after his side were outclassed and beaten 3-0 by Bayern Munich in the Champions League on Tuesday, saying fans needed to be realistic about the team’s current plight.

A deflected goal from Thomas Mueller gave Bayern a deserved lead in the first half before Robert Lewandowski struck twice after the break to inflict another painful European defeat on Barca after thrashing the Catalans 8-2 in August last year.

The Dutch coach pointed to the team’s injury problems including the absences of forwards Ousmane Dembele, Ansu Fati, Martin Braithwaite, and Sergio Aguero, and revealed Jordi Alba had played despite being ill the night before the match.

“You have to be realistic in life. Our young players showed we have a future and we have a lot of players to come back from injuries. It is what it is,” Koeman told a news conference.

“We know we’re missing a lot of players in attack and we have to wait a few weeks to have more options and more speed going forward. I don’t want to look for excuses but everyone knows the problems we had with the players who were unavailable.”

Barca failed to have a single shot on target over the 90 minutes and while Bayern was able to bring on experienced internationals such as Serge Gnabry and Kingsley Coman from the bench, Koeman hauled on three teenagers in search of a response.

“It’s very tough to play against a team like Bayern when you don’t have much speed going forward. We have to accept it and keep working. And we have to recognize the team we were up against,” he added.

“To do damage against a team like Bayern you have to be at your very best and you have to admit it when the other team is better. But I’m a little tired of talking about the same thing, in a few weeks the team will be different because we’ll have more players available and we will be fitter.

“Bayern is one of the favorites to win the Champions League and soon enough we ran into problems. We were a little unlucky with their first goal but in the second half they proved they are a better team than us right now.”