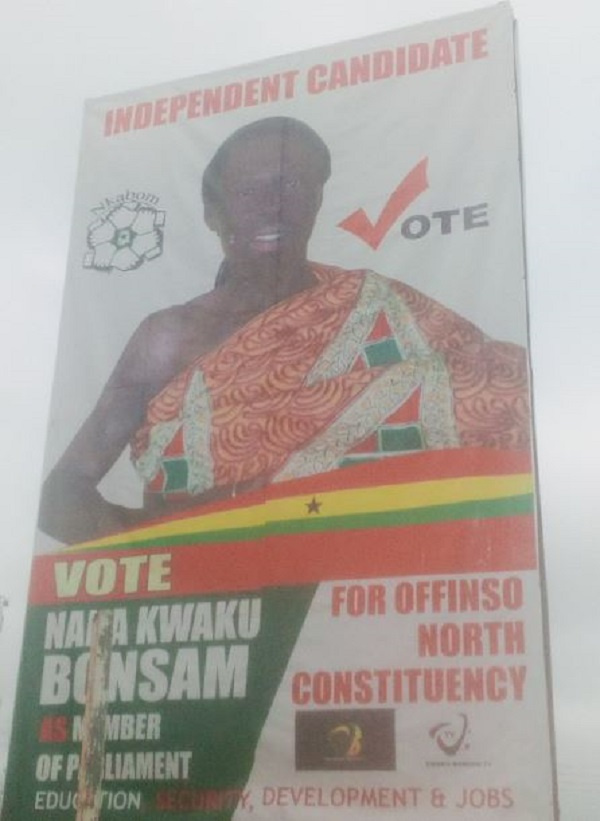 He has been summoned to appear before the court to explain why he invoked the spirit of deities in the kingdom against the incumbent Member of Parliament (MP) for Offinso North constituency.

The celebrated traditional ruler is alleged to have rained curses on an electorate who do not reside in the constituency but decides to vote for Hon Collins Ntim, who doubles as a deputy minister of local government and rural development.

Nana Kwaku Bonsam is contesting the Offinso North seat in the December 7 parliamentary elections as an independent candidate.

He is said to have been infuriated by alleged busing of outsiders by Hon Ntim to the constituency to be registered and also transfer their votes.

The famous traditional believer is of the view that the alleged action by Hon Ntim will defeat his intention of snatching the Offinso north seat which has been won by the New Patriotic Party (NPP) since 1992.

To scatter the move, Nana Kwaku Bonsam carried out the said traditional act with some few days to the elections.

The act has been banned in the Ashanti Kingdom a long time ago by Manhyia, the seat of the Golden Kingdom.

Anybody who violates the ban is summoned to appear before the Asantehemaa’s traditional court to answer questions and possibly face sanctions.

If found guilty of the violation, Nana Kwaku Bonsam may be sanctioned with the slaughtering of sheep and another fine to pacify the gods.