Lab scientists yet to resume work despite NLC directive 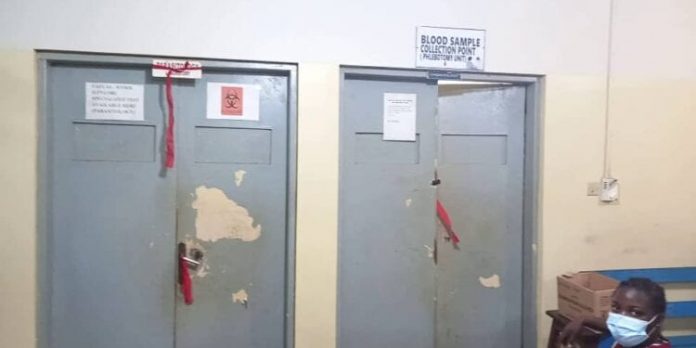 Laboratory scientists in government hospitals in the Ashanti Regional capital Kumasi are yet to resume work despite a directive by National Labour Commission (NLC).

The NLC secured an ex-parte injunction against the Ghana Association of Medical Laboratory Scientists (GAMLS) for proceeding on strike without due process.

The injunction cited the Komfo Anokye Teaching Hospital (KATH) chapter of the Association.

The injunction was filed on Friday, May 28 at the Accra High Court.

After the Court heard the counsel for the NLC led by Effiba Amihere, it ordered that the KATH Chapter of GAMLS “whether by itself, its executives, officers, members, agents, servants, employees or other persons are restrained from proceeding with its intended illegal strike action and to comply with the procedure provided under the Labour Act for resolving their dispute with their employer”.

The KATH Chapter of GAMLS embarked on a sit-down strike on Thursday, May 20 to register members’ disagreement with authorities for posting two physicians to the Haematology or Laboratory Department of the Hospital.

Exactly a week after that strike, the national executives in solidarity declared a nationwide indefinite strike.

But NLC has declared the strike illegal, the reason it proceeded to court.