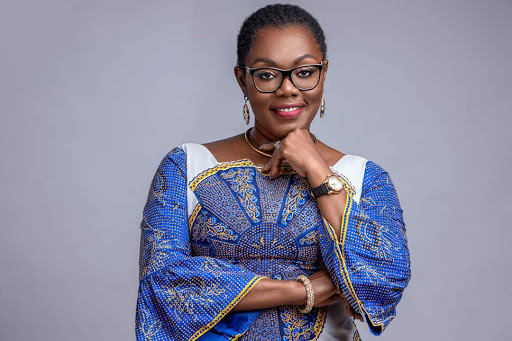 According to the MP who doubles as minister for communications, the NPP governors brought development and massive progress in Ghana focusing more on her constituency, Ablekuma West.

She described how livelihoods and living conditions has been enhanced in her community within the last four years of President Akuffo-Addo’s tenure and her reign as MP with her political party in government.

Speaking at a free Health Screening organised by the minister and powered by the Nightingal Campaign team in Ablekuma west, Ursula Owusu Ekuful was certain that the NPP will emerge victorious come December 7 and she will be retained as MP.

She believes the track record of the New Patriotic Party within Ablekuma West and the entire nation has been phenomenal and deserves to be given another nod to serve four more years to help extend developmental projects and social intervention programmes to all corners of the country.

Ursula Owusu-Ekuful who is gunning for a third term in parliament and the Communications Minister won the 2016 parliamentary elections with 34,376.

Her closest challenger, Diana Owusu got 20,976.

This time around however a different challenger, Reverend Kweku Addo, is coming up against the experienced MP.

He was certain that the track record of Ursula Owusu and President Akuffo-Addo will speak for itself and Ghanaians will reward accordingly.

William Adu who’s the constituency treasurer and a key founder of the Nightingal group in Ablekuma West urged all eligible voters within Ablekuma West to turn up in their numbers on December 7 and vote massively for the hardworking member of Parliament, Ursula Owusu Ekuful and President of the Republic of Ghana Nana Addo Dankwa Akuffo-Addo.

The President of the Republic is expected to visit the Ablekuma West Constituency on Wednesday 25th November 2020 as part of his Greater Accra Region campaign.