“Love and Highlife” album by The Cavemen drop this Friday 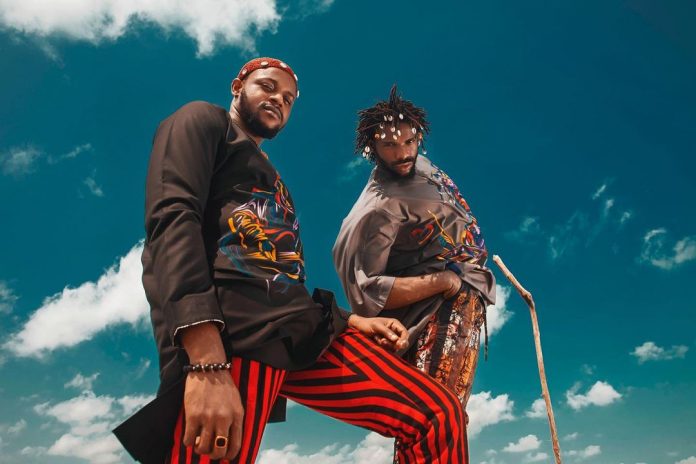 Despite all the disruptions and turmoil of 2020, brother duo, The Cavemen, stepped into their own as connoisseurs of the neo-highlife sound with their exciting debut album, ‘ROOTS.’ After an enthralling 18-month spell that had seen them contribute to Lady Donli’s ‘Enjoy Your Life’ and tease listeners with a healthy supply of singles, ‘ROOTS’ was the diamond in their crown, establishing bassist Kingsley Okorie and drummer Benjamin James as one of the most important voices working in the modern Nigerian music landscape.

A little over a year after the release of ‘ROOTS,’ The Cavemen have returned with details for a sophomore album set to be titled ‘Love and Highlife.’ The announcement of the project comes after the release of singles like “Selense” and “Udo,” open-ended compositions that feature more of The Cavemen’s signature sprightly vocals and foggy instrumental drenched in highlife’s iconic heaves.

In keeping with The Cavemen tradition, ‘Love and Highlife.’ is another re-immersion into their world with the album run-time clocking in at one hour, three minutes on streaming services. There are also 18 tracks to take in with contributions from Made Kuti, Cobhams Asuquo, PC Lapez, Ugo, and Etuk Ubong. As the title reveals, the album is steeped in themes of love with songs title “Love&Trials” and “Teach Me How To Love” following that thematic direction.

Based on the premise of singles like “Selense” and “Udo,” the album is set to incorporate more playful elements into its core while retaining the definitive style of the brothers. Here’s to more music from the cave.