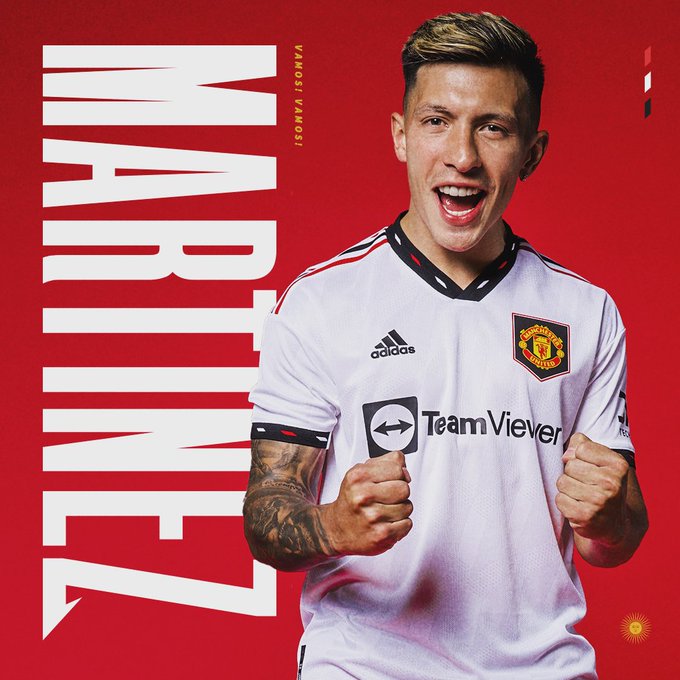 Manchester United have confirmed the signing of Lisandro Martinez from Ajax in a £57m deal. The 24-year-old defender has signed a five-year contract with the option of a further 12 months. United will pay Ajax a guaranteed £48.5m (€57m) for the Argentina international, with an additional £8.5m (€10m) in add-ons. Lisandro Martinez has completed his transfer from Ajax to Manchester United, signing a contract until June 2027, with the option to extend for a further year. The defender has made 177 career club appearances and is a full Argentina international. He has won numerous honours, including the 2021 Copa America with his country and two Eredivisie titles with Ajax. John Murtough, Manchester United football director, said: “Lisandro is an outstanding player who will bring further quality and experience to Erik [Ten Hag]’s squad. “We are delighted that he has chosen to join Manchester United and we are looking forward to seeing him develop further and help the team achieve the success we are aiming for.”
Share
Facebook
Twitter
Pinterest
WhatsApp
Telegram
Previous articleFulham sign Mbabu from Wolfsburg in £6.5m deal
Next articleMartinez: Man Utd the perfect club for me right now