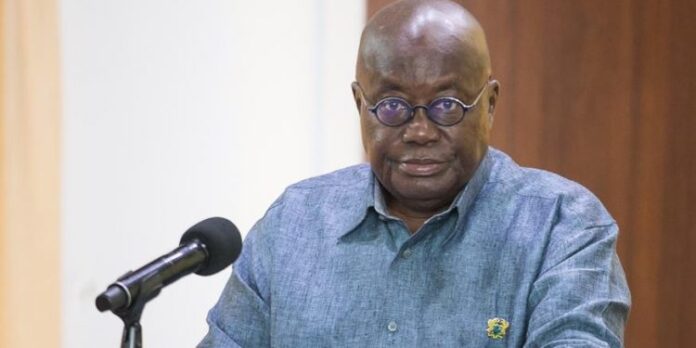 President Akufo-Addo says he still opposes the practice and does not regret launching a crusade against it.

Addressing residents of Manso Nkwanta in the Ashanti Region as part of his campaign tour of the Region, the President said the government is rolling out a new community mining policy that seeks to protect the environment.

He thus urged those involved in mining not to listen to the flagbearer of the opposition National Democratic Congress (NDC), John Dramani Mahama.

President Akufo-Addo insisted that Mr. Mahama does not understand government’s plans for improving the activities of galamsey in the country.

“Our forefathers engaged in the activities of mining in a way that didn’t degrade the land because if they had done that, we (current generation) wouldn’t have come to meet the lands, rivers and other resources. So if we are also going to engage in mining activities, we should do it in a way that will preserve same.”

“That is what I said and I still stand by it, and I am not changing my mind on it. We are coming up with policies that will make mining in the country better which is the community mining, which will not collapse the jobs of those involved in it. Don’t listen to someone (Mahama) who knows nothing about what we are doing and is just on a promising spree.”

The Akufo-Addo government has among other things been accused of allowing foreigners to mine Ghana’s gold resources while Ghanaians engaged in galamsey are arrested and jailed.

Former President John Mahama had promised to free such persons jailed for engaging in galamsey if he wins power.

President Akufo-Addo had earlier said his commitment to tackling the issue of galamsey in the country.

“When we came into office in January 2017, galamsey activities were rampant in many parts of the country. Our lands, forests and river bodies were being systematically degraded and destroyed without any care and this had been the case for several years. The previous NDC government had given up the fight against galamsey, but we determined that this was an intolerable situation, and we owed it to generations unborn to tackle the problem and save our environment. I was therefore not under any illusion about the size and scope of the problem that we are taking on.”

“I was cheered by the support of the large population that recognized the dangers posed by the degradation of our lands and water bodies and the needless deaths of many young people who were buried alive in makeshift mining pits. Mr. Speaker, the threat posed to the future of our country by galamsey is grave. We cannot shirk our responsibility in the fight against galamsey. The government will not weaken its stance and welcomes the continued support of the media coalition. The Inter-ministerial Committee against Illegal Mining has been working very hard and has some successes,” Akufo-Addo said when he delivered the State of the Nation Address in Parliament earlier in 2020.