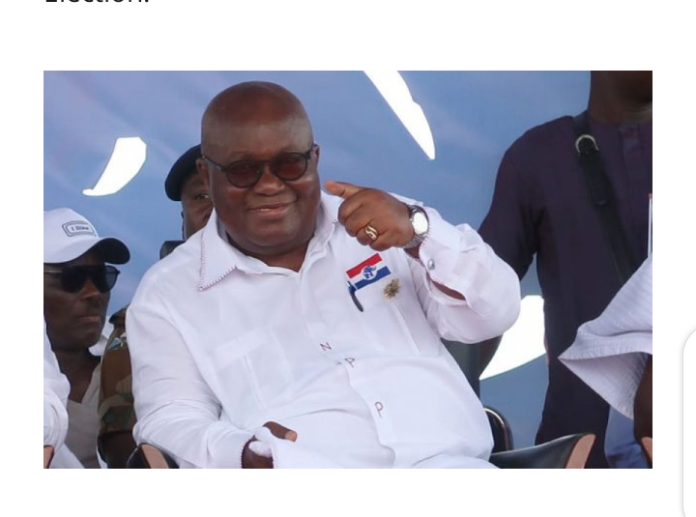 President Nana Addo Dankwa Akufo-Addo has said Ghanaians do not dwell on negative political propaganda anymore but rather what power seekers have to offer.

Addressing the people of Lower Manya Krobo on Monday, 23 November 2020, as part of his campaign tour to the Eastern Region, President Akufo-Addo indicated that the National Democratic Congress (NDC) alleged that he and the governing New Patriotic Party, disliked Krobos.

He, however, refuted the allegation, saying that Kroboland has witnessed development in his tenure of office.

“They say I’m an Akyem man [and] Akyem people we don’t like Krobo people, so, if I come to power, I’m coming to harass Krobo people. Has anybody been harassed? Those people who do things and they have to invent things to compromise our work, we’re tired of negative propaganda,” he added.

President Akufo-Addo, therefore, entreated people to re-elect him and the NPP government in order to embark on more development projects, while pointing out that the erstwhile NDC administration performed woefully and must not be given the mandate.

He continued: “We’re looking for a leadership that will bring progress and prosperity to our country, not backwardness and false claims”.

“You’ve seen my work for the last four years. You’ve seen my work. If you find the work satisfactory, what I’m asking you here at Manya Krobo to do is to give me the opportunity to continue to do more work,” President Akufo-Addo noted.