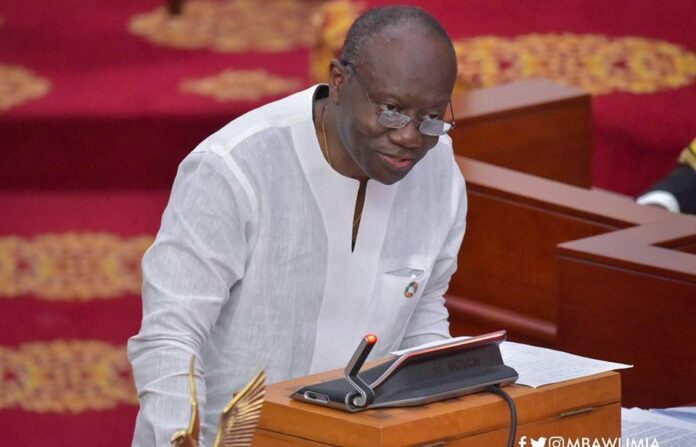 Finance Minister Ken Ofori-Atta says 19 out of 28 State Owned Enterprises (SOE’s) have projected to post losses of about GH¢1.6 billion for 2020, due to the COVID-19 pandemic.

According to Mr. Ofori-Atta, the state even had to offer help in the payment of salaries of their workers because the SOEs’ condition was dire.

He said SOE’s such as the Metro Mass Transport, the Driver Vehicle and Licensing Authority (DVLA) recorded lower revenues of about 64.24 per cent in March and April, this year.

The Finance Minister was speaking at the opening of 2020 Policy and Governance Forum on the theme: “SIGA: One year on, Achievements, Challenges and Prospects.”

State Interests and Governance Authority (SIGA) established a year ago by the President, seeks to oversee the interest of corporate governance in the activities SOE’s, Joint Venture Capital 9JVC’s and specified Entities in the country.

He further appealed to heads of SOEs to focus on enhancing viability as well as increase profitability in their operations in the coming year.

Mr. Ofori-Atta noted that in countries such as the United Kingdom, Singapore and Malaysia, the public sector recorded increase in profitability than that of the private sector.

He called on Chief Executive Officers to emulate their example to revitalize Ghana’s economy in line with government’s plans.

According to Mr. Asamoah Boateng, in line with Act 990, staff of erstwhile Divestiture Implementation Committee (DIC) and the State Enterprises Commission (SEC) had been transferred to SIGA and that it was in the process of recruiting staff to fill other positions in other divisions.

“SIGA has adopted the Balanced Scorecard Strategic Framework (BSSF) plan, to resolve the anticipated environmental and organizational challenges which are likely to confront the newly created authority.

A Code of Corporate Governance has been approved by SIGA’s board and consultation with stake holders scheduled to commence the validation of the code,” he said.

He indicated that through SIGA, trade activities had been revived among SOE’s and thereby increasing profitability.

Despite the success, Mr. Asamoah Boateng noted that SIGA had had some challenges including failure to file audited financial statement for over a period of over 10 years, from 2009 to 2018.

This, he noted, had affected the implementation of the transitional provision of Act 990, adding, without that, SIGA would not have a clear view of the assets and liabilities it had inherited from DIC.

Ms. Hollister Duah –Yentumi, General Manager, Operations, SIGA, noted that the forum presented yet another opportunity to discuss strategies being implemented by government to strengthen performance of SOE’s and JVC’s.

Ms. Duah –Yentumi said the forum would look at how to optimize performance in the various setups, consider risks and debt management as well as remain in compliance without ignoring the central role of governance.

Chief Executives Officers of various SOEs during the two day programme would also deliberate on how to ensure accountability and transparency in the various entities.

Entities such as the Ghana Publishing Corporation, Ghana National Gas Company and the Data Protection Commission shared their success stories in their respective submissions.