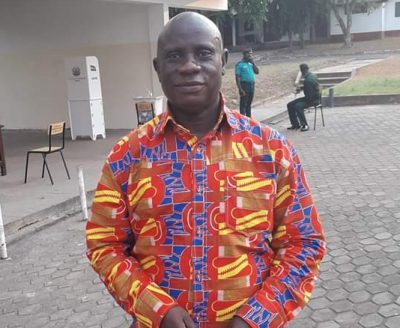 The Deputy General Secretary of the ruling New Patriotic Party (NPP), Nana Obiri Boahen, has described as irresponsible comments by the former President, alleging vote buying of police officers on the part of President Nana Addo Dankwa Akufo-Addo in an attempt to influence their choice of candidate.

According to former President John Mahama, who is on a campaign tour in the Northern Region, “[the government is] spending money as if there is no tomorrow. I just learnt from a group of police officers that they have paid monies into their accounts, all of them, all the police officers. They have destroyed the morale of the Ghana Police Service. Today they don’t have the confidence and courage they used to have before because he [Nana Addo] has infiltrated the police service with all kinds of thugs and hoodlums: Invisible Forces, Delta Forces who have no sense of discipline; Promotion in the service is based on your political colour instead of your merit and he thinks he can buy our police officers with GH¢1,000 or GH¢2,000 just because an election is coming? They will take that money and vote against him”.

However, speaking on 3FM’s Decision 2020 on Sunday, November 29, Nana Obiri Boahen said the former president’s statement is distasteful, describing him as a desperate and irresponsible politician.

According to Nana Obiri Boahen, there is no iota of truth in the allegations.

“I am awestricken, dumbfounded. Former President making these unsubstantiated allegations is quite sad. The impression being created out there is that the present government has influenced the police to vote for the New Patriotic Party and look at the way he’s even talking about it.