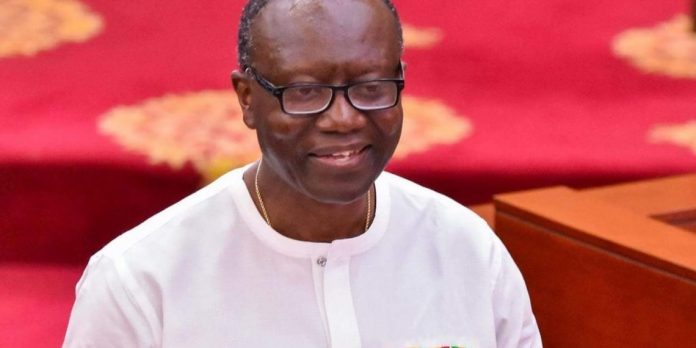 Finance Minister, Ken Ofori-Atta will later this week appear before Parliament to answer some 16 questions tabled for him by MPs.

The Minister is expected to answer questions on the economy, payment of funds to the National Cathedral Project and government’s expenditure of COVID-19  funds, which has become dominant in public discussions in recent times.

Deputy Majority Leader, Alexander Afenyo-Markin said on the floor of the House that the Minister’s appearance this week will put all matters which have been of concern to legislators, especially on the minority side, to rest.

“We all know that on Thursday, the minister [of Finance] is coming here to answer 16 questions. Questions that are coming from members, and bother on national issues,” he said.

Last month, the Speaker of Parliament, Alban Bagbin, placed a moratorium on the approval of a 75 million euro loan for COVID-19 Response contracted from the European Investment Bank by the Government of Ghana.

The Speaker said it will be in place until the Minister for Finance accounts for the utilization of funds approved so far for government.

“The Ministry of Finance must give an account of all the monies that it has gotten for the management of COVID-19. Only after that will this house consider approving or otherwise another loan.”

The minister had been criticised severally by members of the minority over his failure to appear in Parliament when summoned to come and answer urgent questions filed by legislators.

In March 2022, the Minority Chief Whip, Muntaka Mubarak, called for definite instructions to the Minister of Finance over his failure to appear before Parliament to answer questions.

The Minister had been programmed to answer about ten questions on different subject matters at the time but did not show up to answer any of them.

Raising concerns on the floor of the House earlier, Muntaka said the Minister has consistently failed to honour Parliament’s invitation to answer questions, some of which have been pending for a long time.

“I find this to be very unacceptable because the Finance Minister can go around the country and do town hall meetings, yet he doesn’t want to come here to answer to the reps of the people. All the 13 questions have been outstanding for a very long time. Today we are told he is holding a press conference to address the country. My worry is that, if we keep accommodating his excuses, this question will never be answered. We should give a definite instruction to the Finance Minister to come and answer the questions,” he said.