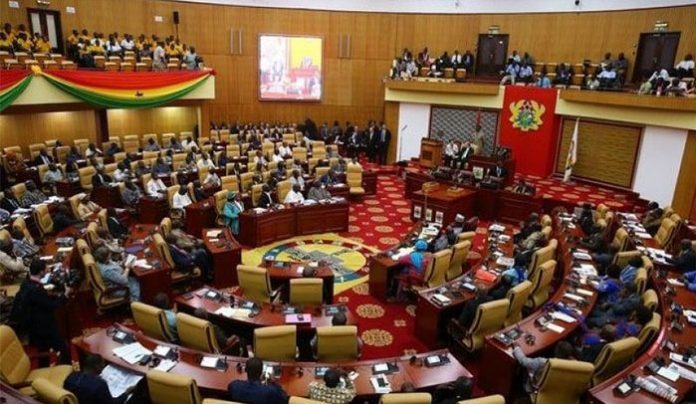 PARLIAMENT has passed a bill to amend to the Criminal and Other Offences (Procedure) Act 1960, Act 30 which will allow persons accused of certain offences not to face jail term.

The Criminal and Other Offences (Procedure) (Amendment) Bill, 2021, was passed unanimously by the House last Friday.

The bill was laid in the House on December 17, 2021 by the Attorney-General and Minister for Justice, Godfred Yeboah Dame, which was subsequently referred to the Constitutional, Legal and Parliamentary Affairs Committee for consideration and report.

The passage of the bill will   allow formal incorporation of the plea bargaining firmly into the administration of justice in Ghana for the first time.

Per the amendment, plea bargaining will be permissible in all cases except a few which have been set out in the bill.

Plea bargaining is a process in criminal justice where an accused person relinquishes the right to go to full trial in exchange for some other benefit.

While plea bargaining may result in the withdrawal of charges entirely in exchange for a promise to assist in the prosecution of others, most plea bargains end in a conviction either for one or more of the offences charged or for a lesser offence of which the accused could have been convicted at a trial.

Mr. Dame, who sponsored the bill, said plea bargaining prevails in other jurisdictions, explaining during the second reading of the bill that the benefits include a reduction in the caseloads of the courts and of prosecutors, saving the state time and money through avoiding long and protracted trials.

According to him, plea bargaining will also help to decongest the country’s prisons due to reduced sentencing, and aid in the reform of accused persons, while giving satisfaction to victims of offences through compensation and restitution in addition to the punishment of the accused.

The Attorney-General acknowledged that even though some form of limited opportunities in respect of very few offences existed for plea bargaining, this is the very first-time plea bargaining is formally introduced into Ghana’s criminal justice in respect of all offences, except a few that have been spelt out in the legislation expected to receive presidential assent.

Arguing in favour of the adoption of exceptions by Parliament against a motion by the Ranking Member of the Constitutional, Legal and Parliamentary Affairs Committee, Bernard Ahia, for plea bargaining to apply to all offences, the Attorney-General said the bill was the product of extensive stakeholder consultations and engagements with various practitioners and scholars in the legal profession.

According to him, the generality of views expressed support for the position that plea bargaining ought not to be applicable en bloc to all offences without any reservations whatsoever.

In his view, it is wise for the country to experiment with plea bargaining in a graduated form, and for plea negotiations not to be permissible in all cases at this time.