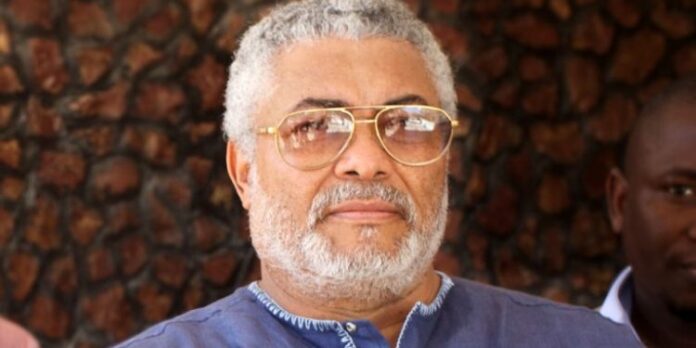 Between 8: 00 am and 5: 00 pm on Monday, the heads of security agencies, leaders of political parties, the staff of the Office of former President Rawlings, traditional/religious leaders, and the general public will file past the mortal remains of the late former President.

On the third day, President Nana Akufo-Addo and Vice President Dr Mahamudu Bawumia together with their wives will pay their last respects to the late former President.

They will be followed by Former Presidents and former Vice Presidents spouses together with their spouses, the Chief of Staff at the Presidency, and heads and former heads of constitutional bodies.

The Speaker of Parliament, former Speakers, the Chief Justice, former Chief Justices, Justices of the Supreme Court, Members of Parliament (MPs), former ministers of state and members of the diplomatic corps would also have their turn on the same day.

The state funeral for the late former President Rawlings will be held at Independence Square in Accra from 9:00 am to 11:00 am on Wednesday, January 27, 2021.

The funeral for the late President was initially scheduled for December 23, 2020, by the State but that upset the Anlo Traditional Council and the Agbotui, Tamaklo, Husunu, and Allied families which wanted to be consulted.

The Council led by the Awadada of the Anlo, Togbui Agbesi Awusu II, said the arrangements made at the time were not in accordance with the customs and traditions of the Anlo people, leading to the initial indefinite postponement of the funeral rites of the late former President.

Mr. Rawlings, died in the early hours of Thursday, November 12, 2020, at the Korle Bu Teaching Hospital