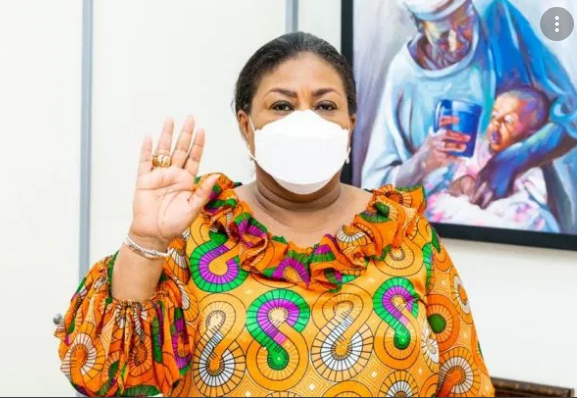 First Lady, Rebecca Akufo-Addo has declined the offer for her to be paid allowances.

According to a July 12 statement, she has also “decided to refund all monies paid to her as allowances from the date of the President’s assumption of office, i.e., from January 2017 to date, amounting to GH¢899,097.84.”

This comes on the back of recommendations by the Prof Yaa Ntiamoa-Baidu-led Presidential Committee on Emoluments for Article 71 officeholders.

However, the past few days have been rife with concerns by the general public over the implementation with many questioning the capacity in which such an allocation would be made to the said spouses.

The First Lady described some of the reactions as distasteful and seeking to portray her as “a venal, self-serving and self-centered woman” who is insensitive to the plight of Ghanaians.

According to a statement, signed by the Director of Communications at the Office of the First Lady, Mrs. Akufo-Addo, indicated that her decision to reject the offer is a personal one “without prejudice to the rights of others and does not undermine the propriety of the process undertaken by Parliament.”

While explaining her will for her decision to restore attention back to the President’s ongoing tour of some regions, the First Lady further added that she will continue to support her husband in the execution of his mandate as President to ensure the development of the country.

“The First Lady will continue to support the President, as she has always done, in the execution of the mandate entrusted to him by the good people of Ghana,” the communique read.