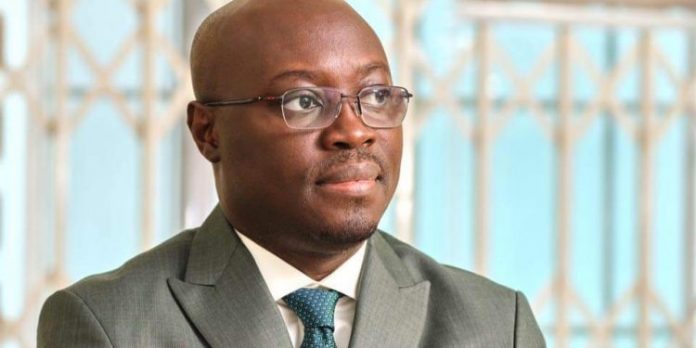 The Ranking Member on Parliament’s Finance Committee, Cassiel Ato Forson, wants the First and Second Ladies to refund salaries allegedly paid them by the state since 2017.

Following a public backlash the government received after it came to the fore that the First Lady, Mrs. Rebecca Akufo-Addo, and Second Lady, Mrs. Samira Bawumia are to receive cabinet-level emoluments, both of them rejected the offer and announced that they’ll return allowances they received since their husbands assumed office.

The First Lady has since gone ahead to pay back over 800,000 cedis.

But for Ato Forson, a former Deputy Minister for Finance on Face to Face on Citi TV, this action alone is not enough.

According to him, the displeasure of Ghanaians was not at the allowances paid them, but the approval of recommendations to pay them salaries, equivalent to cabinet ministers.

“What surprised me was that at the time that the committee made those recommendations, it failed to realize that they have already been receiving allowances in the last four years, and backdating their salary was going to make them get double anyway; that is allowances on top of the cabinet-level salaries, which will total about GHS 1.5 million.”

“Both presidential spouses did not indicate whether they have received the monies yet in the statements they issued. In fact, the TUC has indicated in a statement that they [First and Second Ladies] have received the payment and went ahead to give a tall list of facts that per their checks, the First and Second Ladies have already received their pay dating back to 2017. So who is telling us the truth? In the communiqué they said they are returning the allowances, what about the GHS 1.5 million that per our calculations they have received?”

Responding to calls for previous First and Second Ladies to refund their allowances just as the current ones have, Mr. Ato Forson said it is “needless.”

He stressed that the issue in question is not over the allowances they receive, “but the salaries that were proposed by the Committee on emoluments.”

The MP for Ajumako-Enyan-Esiam also suggested that the recommendations were sneaked into Parliament.

“Regrettably, the way the documents were presented in Parliament, made it virtually impossible for the majority of the MPs to peruse it.”

“On a normal day, this report must first be laid in Parliament, copies given to every single MP. Reports are also given to each of us, that is, if a committee has already worked on it. And then give us 48 hours to peruse before the document is presented on the floor.”

He indicated that he was not in Parliament when the proposal was approved.

“On the day that the document was approved, that is 7th January 2021, I was not in the House, in fact, I had no idea such a proposal will be presented. Regrettably, I wish I was there.”

“The report was presented at a time that about 50% of the MPs had lost their seats, and so most of them were not around. I think there should be some reforms. The President should set up the committee early enough, and they should finish their work within a year. You don’t present such a proposal at a time when most members have lost their seats and affect their appetite to come to the house.”

A letter from the office of the First Lady, Mrs. Rebecca Akufo-Addo, to the Chief of Staff and copied to the Chief Director of the Jubilee House, has announced that she has released a cheque of GHS899,097.84 to the state to settle all allowances paid to her from January 7, 2017, to date.

The Second Lady, Mrs. Samira Bawumia, has also promised to refund all allowances paid to her since 2017.

Per the recommended emoluments of the five-member Professor Yaa Ntiamoa-Baidu committee set up in June 2019 by President Nana Akufo-Addo, the spouse of the President is to be entitled to the payment of a salary equivalent to a Cabinet Minister MP while in office.

For the spouse of the Vice President, they will be entitled to payment of salary equivalent to a Cabinet Minister non-MP when in office.