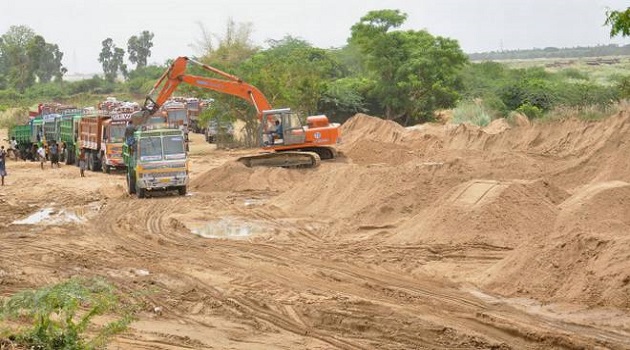 Abeiku, who was purportedly shot by the lone woman among the group of looters, was found with a profound discharge twisted on the right half of his jaw.

Affirming this to the Ghana News Agency, the Regional Deputy Public Relations Officer, Sgt. Isaac Evans Ettie said the casualty was shot in his right jaw by a lady among an outfitted theft group.

On the subtleties of the case, he said around 20:00 hours on Monday, June 7, the Police was educated regarding a furnished theft assault on sand excavators at Gomoa Manso.

A group supposedly continued to the scene and tracked down the expired behind the directing wheel of the compensation loader machine absorbed blood.

He said enquiries at the scene demonstrated that the expired, Abeiku was the administrator of the wheel loader machine, working at Gomoa Manso Sand mining site.

Around 1800 hours, the perished who was purportedly returning the machine to Gomoa Manso along with different tenants, were assaulted and shot by three furnished men and a woman with a short barrel firearm.

The administrator kicked the bucket quickly and they were ransacked of some measure of cash and the looters got away through the shrub.

Different casualties, Emmanuel Asare, matured 55, and Charles Aidoo, matured 20, who supported minor wounds are as of now on affirmation at Agona Swedru Municipal Hospital getting treatment, while the body of the perished has been stored at the Hospital Mortuary for safeguarding and post-mortem.