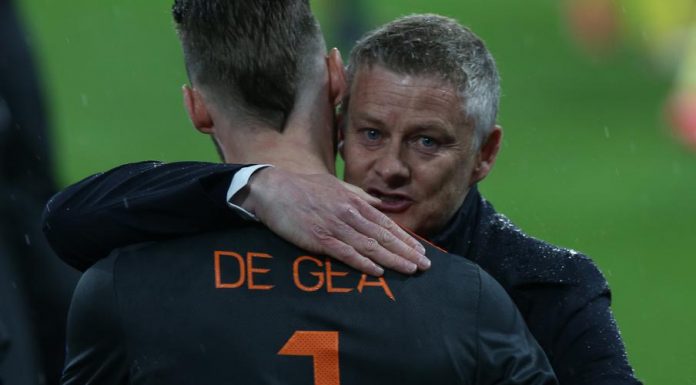 Manchester United’s gut-wrenching defeat on penalties by Villarreal in the Europa League final re-emphasised the magnitude of the rebuilding task for coach and club hero Ole Gunnar Solskjaer at Old Trafford.

Exactly 22 years to the day since the Norwegian struck his famous winner for United in the Champions League final against Bayern Munich, he was made to swallow a bitter pill after watching his side lose a match they largely controlled while, crucially, lacking bite.

David de Gea bowed his head after missing the decisive spot-kick, having seen the first 21 successfully converted, but Solskjaer’s refusal to make a change until the 100th minute suggested little faith in a bench that included his injured captain Harry Maguire.

After steering United to successive top-three finishes in the Premier League for the first time since Alex Ferguson retired as champion in 2013, Solskjaer had earmarked the final in Gdansk as the “stepping stone for something better to come”.

Despite clearing the semifinal hurdle at the fifth attempt with a high-scoring win over Roma, Solskjaer’s side mustered just two attempts on target against Villarreal, organised superbly by Europa League maestro Unai Emery.

While United have move forward each year under Solskjaer, at least in terms of league position, since his appointment in December 2018, catching Pep Guardiola’s Manchester City next season still appears a distant prospect.

“It’s not a successful season and those are the fine margins in football. Sometimes one kick can define a season as successful or a good one, and it can define it as not one,” said Solskjaer.

“Trophies matter and that’s what matters at this club.”

The 11-10 loss on penalties came after a 1-1 draw following extra time and extended United’s four-year run without a trophy – the club’s longest since the 1980s in the early days of the Ferguson era.

Solskjaer, who took the job with limited top-level management experience, has been forced to drown out the critics and naysayers while reconstructing a team that hasn’t properly challenged for the title in almost a decade.

“I’ve been delighted with the effort, determination and desire of the players. We’ve probably done as well as anyone could imagine but we need to do better,” he said.

“Two or three players to strengthen the starting XI and squad altogether is important for us to go further and improve.”

Solskjaer overcame the disappointment of a Champions League group exit to lead United to the top of the table in January, despite having overseen the club’s worst home start in 48 years.

United became just the fourth team to go through an English top-flight campaign undefeated away from home, indicating the progress that is being made under his guidance.

“We need to use that disappointment. It is the worst feeling, these are the moments you remember most in your career as a player and a manager,” said Solskjaer.

“You can either go on holiday and do nothing about it, or go home and come back and do better, come back hungrier.”

Marcus Rashford, one of three players who started United’s 2017 Europa League final win over Ajax, vowed the pain of defeat would drive the team on even more next season.

“I don’t want to hear ‘they were so close’ because it means nothing. One winner, one loser. Today we lost. We have to find out why and make sure next time we don’t lose.

“We have to get rid of the disappointment and look back at the game and see what we did wrong.

“The team will not give up – no chance. The manager won’t allow us to give up.

“We will come next season with bigger desire.”