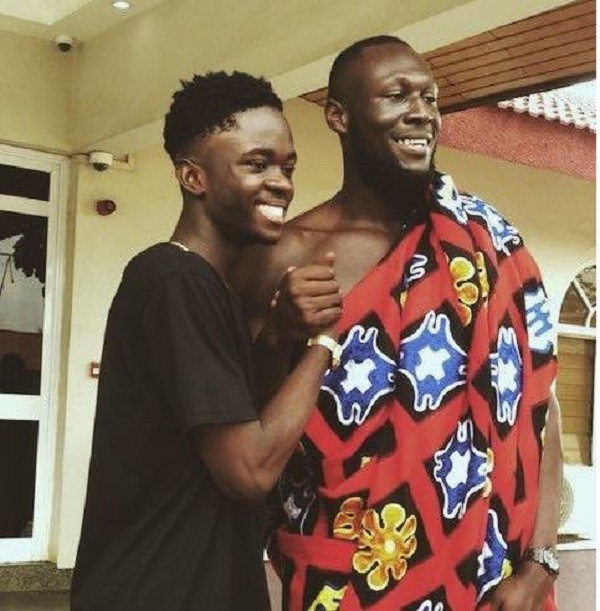 It was a breath-taking moment when British-based Ghanaian rapper, Stormzy passionately embraced Yaw Tog after their ‘heads were knocked against each other’ by social media users.

Many would have thought that Yaw Tog’s comments that he somewhat made Stormzy popular in Ghana would have destroyed their relationship but the vibe was totally different when they met.

One can recall that Yaw Tog was attacked on social media for saying that he made the UK rapper more popular in the Ghanaian market after featuring him on his ‘sore’ remix.

It was the case that some individuals on social media tried to pitch the young artiste against the UK rapper for passing such comments which many people labeled as condescending.

But clearly, Yaw Tog who showed up at Stormzy’s 28th birthday party as part of his tour in the UK was met with a rousing welcome from him.

Unexpectedly, the two were captured ‘vibing’ and embracing each other in a way that melted the hearts of some fans on social media.

Prior to the link-up with Stormzy, Yaw Tog was part of several artists who performed at the 2021 edition of the ‘Ghana Party in the Park’ in the United Kingdom.

He performed alongside the likes of Sarkodie, King Promise, Kweku Flick, Kofi Jamar, Amerado, Camidoh, Sefa, and many others.