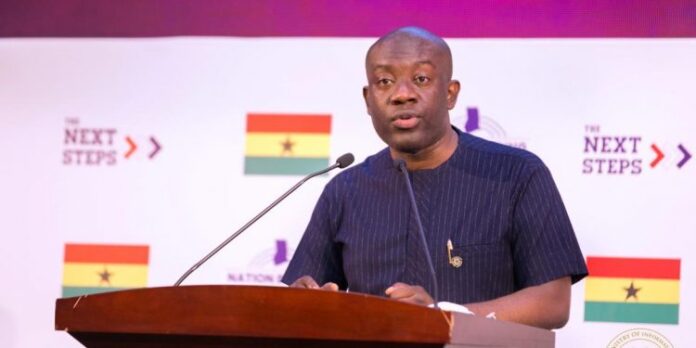 Kojo Oppong-Nkrumah, Information Minister, has revealed that, terrorist groups operating with the West African sub-region are currently recruiting some Ghanaians to aid their cause.

According to him, activities along the borders of Burkina Faso and Ivory Coast are being heightened in recent times due to the killing of some civilians, therefore, the government of Ghana is beefing up security along the country’s borders to prevent any possible attacks.

Speaking on Asaase radio, Monday, July 19, the minister explained, “I am sad to say that our security situation in West Africa is getting a bit more precarious and we are having to pay a lot more attention to it than before.

“Terrorism and piracy are some of our biggest security threats today around West Africa. If you look at the numbers and how close, it is getting home…”

He added: “And the fact that now we have reason to believe that some recruitments have gone on here in Ghana, participating in the West Africa terrorism enterprise, there is a lot more that needs to be done.”

Oppong-Nkrumah noted that, the government under the leadership of President Nana Akufo-Addo has done a lot, “more troops, more equipment have been moved up North.”

In May, there were various reports of some armed pirates kidnapping at least five crew members onboard a fishing vessel at Tema harbour.

According to eyewitnesses, the vessel was approached by a skiff with eight persons onboard.

Five of the alleged armed pirates according to the report seized the vessel for at least six hours, disembarking with five crew members onboard, which includes the captain, chief officer, second chief officer, chief engineer and boatswain’s mate.

“They also stole belongings and valuables of the crew,” a security source told Asaase radio.